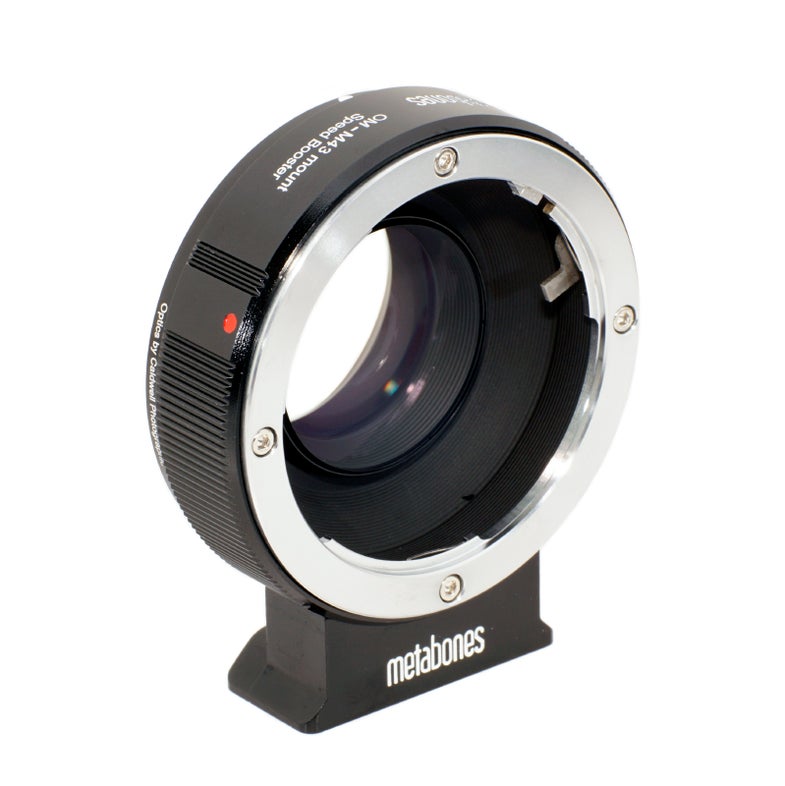 Ever since the Metabones Speed Booster was first announced, it’s been an incredibly hot commodity. The ability to adapt a lens onto a mirrorless body, but also give more light and a wider field of view than a traditional adapter, has made the Speed Booster much desired (and often imitated). Now Olympus aficionados will have another tool in their arsenal, thanks to a newly announced OM to Micro Four Thirds speed booster.

As with other versions of the Speed Booster, this one makes the lenses 0.71x wider than a standard adapter, and will also pull in an extra stop of light. This handy chart (from here) should give you a slightly better understanding of what that means for field of view, depth of field, and effective focal length.

Metabones adapters don’t run cheap however—this will set you back $400, if you can get your hands on one. But if you were a big OM shooter in the film days, this is a great way to bring that classic glass over without losing wide-angles or high speeds.