Sigma's powerful compacts get a total makeover, inside and out 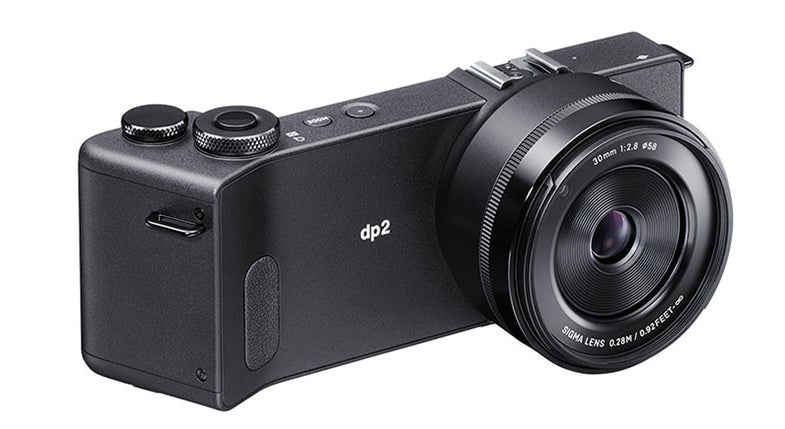 Sigma’s DP-series cameras have always been slightly strange birds. Now, Sigma has redesigned the bodies and cranked up the imaging power to make them even more intriguing.

The heart of the DP series has always been the APS-C Foveon sensor, but Sigma has switched it up a bit in the new cameras. It still uses three layers, but this time the resolution is staggered rather than distributed equally. The top layer is now responsible for 19.6-megapixels, while the bottom two handle 4.9-megapixels each. As a result, Sigma claims the camera will retain its very impressive color reproduction (always a DP strong suit) and speed up its overall performance (one of the Foveon’s biggest weaknesses).

Also in its favor is a whole heap of extra processing power, which is required to mash all of that captured data together. So, for output, you can get a typical 19.6-megapixel JPEG, an enhanced 39-megapixel JPEG or a 14-bit raw file that includes all the image data.

Aside from the sensor, the other big story here is the new body shape. Previous DP cameras had a very traditional, boxy look that wasn’t out of the ordinary. The new DP Quattro cameras, however, look dramatically different. The body of the camera has been reduced in size, while the grip has been pronounced. It makes the lens look rather huge and almost gives it an exaggerated smartphone look. I haven’t seen it in person yet, so I’ll reserve my judgment until then, but I’m really curious to see how it handles. After all, more grip is usually a good thing for someone with big hands like myself.

I’ve always seen the DP-series as a bit of an underdog, so I’m glad to see that it’s still going strong. With boosted speed and even better image quality, they have the potential to be really impressive. We’ll bring you hands-on impressions as soon as we have one available.