The Lux is an Open Source, Arduino-Controlled, Medium Format Camera

With a bit of know how, just build your own 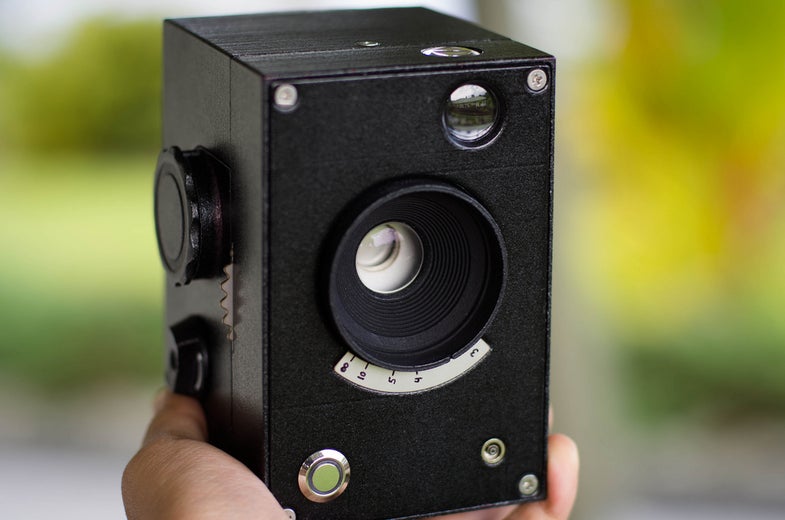 Kevin Kadooka is the engineering student whose homemade TLR polaroid became a successful Kickstarter. Now Kadooka is back to his old tricks, with a new project that he’s dubbed the Lux. A 120 film using box camera, it’s made of a 3d printed body, Arduino controlled electronic Single Leaf Shutter (SLS), with a single-element lenses from Anchor Optics.

Explaining some of his motivation behind the project, Kadooka said:

With a 3D printed body, the shutter, some laser cut metal parts, lenses and whatnot, it’s easy to see how the price could rise pretty quickly. Unfortunately, Kadooka hasn’t put the open source files out yet, but hopefully he will soon, and then other people will be able to take a crack at tweaking his design even further.

As for the photos themselves? They’re pretty impressive given the basic nature of the design.