Thanks to the miracle of laser cutting, engineering student Kevin Kadooka was able to combine a Mamiya TLR setup with a Polaroid back 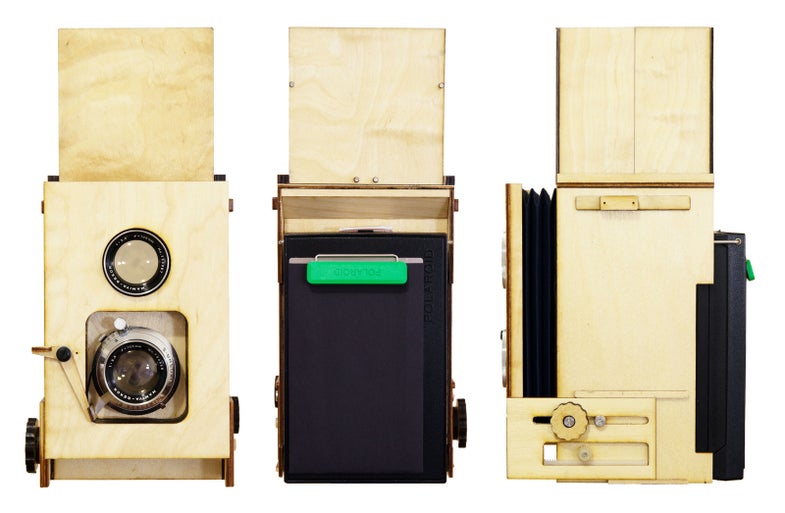 Mechanical engineering student Kevin Kadooka has managed to frankenstein together two very different Mamiya parts into a custom made camera that combines a twin lens reflex setup with a Polaroid back. He took a Mamiya-Sekor 105mm f/3.5 Chrome from a C-series lens pair, and wanted to give it the ability to shoot Polaroids. Since Mamiya’s TLR system didn’t allow for Polaroid backs, he created his own, custom camera to do so.

Crafted from laser cut wood, it took him about two months to successfully design. Talking to DIYPhotography, he explained the system:

You can read a description of shooting with the camera in his Flickr stream.

Unfortunately for those of us who want to play with gear like this, Kadooka has no plans to sell a version of this in the immediate future. Maybe we can convince him instead to release the shapefiles for the laser cutting online, so that people can construct their own?