After a huge amount of interest in the DIY TLR project, you can now back one on Kickstarter 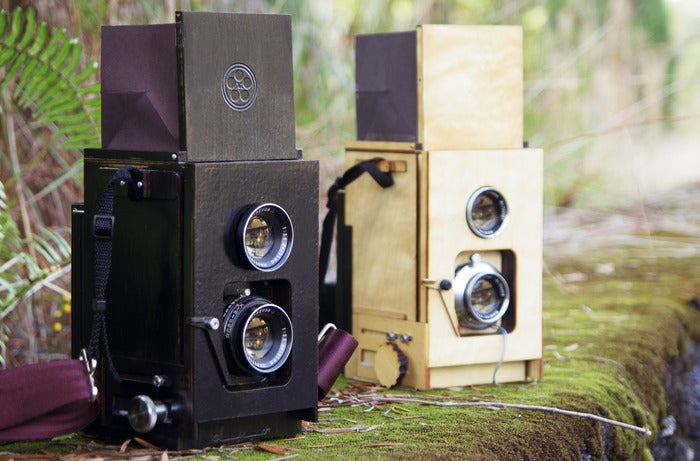 In October of last year we posted about engineering student Kevin Kadooka who Frankensteined together a Polaroid back, TLR lenses, and a laser-cut wooden body into one rather impressive DIY camera. Immediately, there were cries for him to start selling them, and even though he initially stated he wouldn’t, Kadooka has now taken the proect to Kickstarter. Dubbed Duo, if you can provide the back and lens, he can sell you everything else.

For $209, the Duo kit will include laser cut parts, mirror, ground glass, bellows materials, hardware, and detailed instructions — and for an extra $20, a roll film adapter. You, on the other hand, need to track down a 105mm f/3.5 Mamiya-Sekor lens pair, and either a Polaroid or roll film back. Thankfully, Kadooka is also running a companion blog with lots more information.

I wouldn’t be surprised if you ended up dropping another $100-$200 on the components on your end, which could put the overall cost at up to $400. While that might be a bit rich for some folks, it’s still an incredibly cool project, and it’s already more than 80% funded.