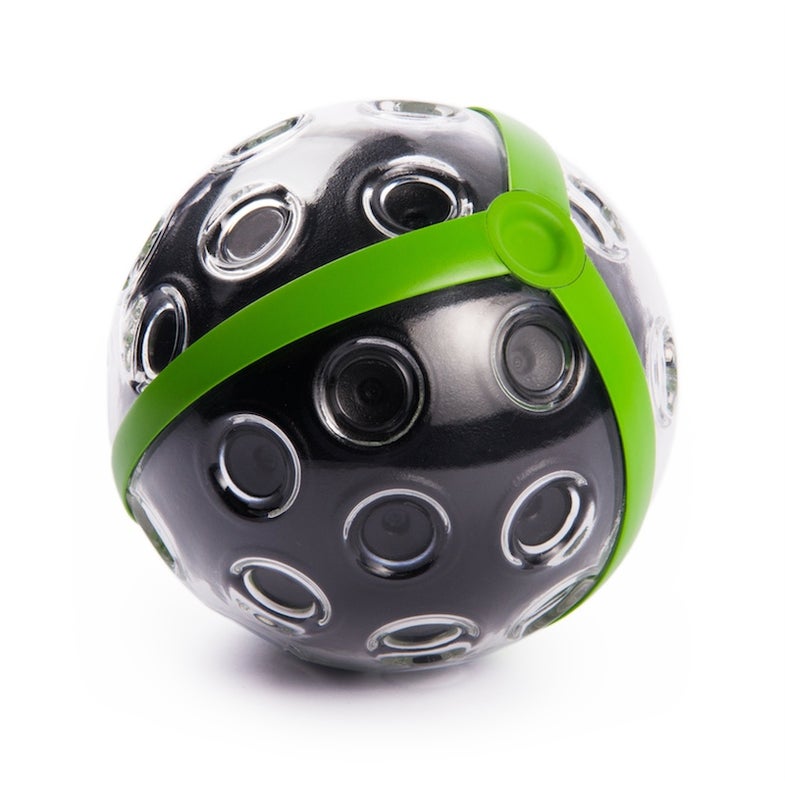 Back in 2011, we wrote about a prototype throwable camera, prompting one commenter to quote Futurama’s oft-repeated line “Shut up and take my money!”. Well, here’s your chance. That throwable, panoramic camera is now up on IndieGogo — it’s called the Panono, and it’ll set you back $549 if you want one.

The group is seeking $900,000 in funding to manufacture the Panono. It’ll feature an array of 36 lenses, which are stitched into one 72-megapixel spherical panorama of the current scene. The part about the original concept that drew everyone’s attention was how you could use it, though. The Panono features an accelerometer built into its body. When you throw it in the air, the acceleration will be at its lowest at the peak of an arc, which triggers the the device to fire its shot.

It seems like the panoramas themselves will be viewable on either mobile devices through special apps, or else embedded on web-pages.

While the images themselves look pretty rough right now, the Panono team popped up on YouTube to address this, saying “All images have been shot with the prototype, which has been built with 5 year old camera modules. The new camera is going to feature all the improvements that happened the last 5 years.”

The Panono’s new, smaller design is also tough enough that the occasionally dropping it or getting it a bit wet won’t be the end of the world.

The question now is if everyone’s excitement will extend to paying $550 for a camera — and how it’ll compare to other spherical cameras, like the recently announced (and not throwable) Bubl.