No, you can't use it to take photos. It's transparent. 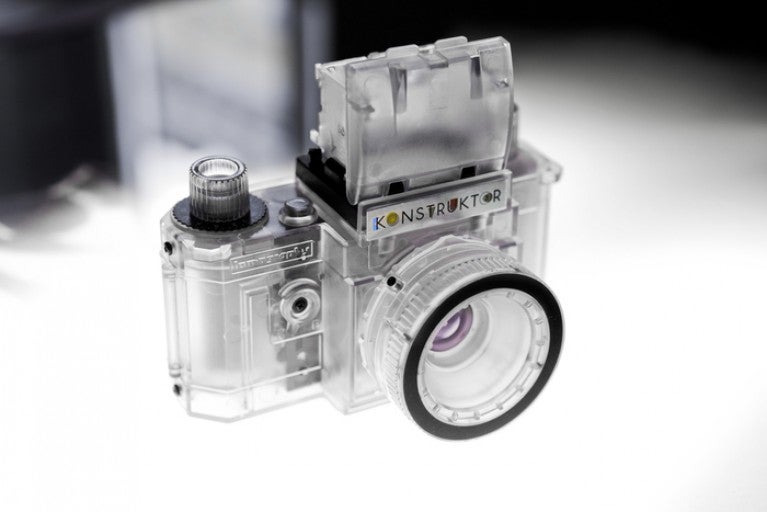 The Lomo Konstruktor is a nifty little DIY SLR. You build it yourself, like a model airplane, before loading it up with film, and going out and shooting. But if you’ve ever wondered what happens in the inside of a film SLR while you’re taking pictures, the Konstruktor Transparent Collector’s Edition might be just what you’re looking for. In the finest tradition of 90s era phones, it’s made of clear and frosted plastic, giving you a view at the internal mechanisms while you play with it.

Just to be clear, this is a transparent film camera. It’s not designed for actually taking photos. As Lomo puts it, “This is purely for display purposes and not for photographic use.” Sure, minor light leaks can be charming, but this would be less so.

But as an educational tool, it’s fantastic. Since you inherently can’t see what’s going on in most cameras, this would allows you to gain an understanding of how the film advances, how the shutter mechanism functions, the mirror flipping, and more. Which is probably a bit more handy than the mostly electronic clear-cased Canon EOS-3.

Still, what are the best someone buys one, and tries to use film in it anyway?