With higher ISOs, faster burst rates, and better resolution, this upgrade has something for everyone 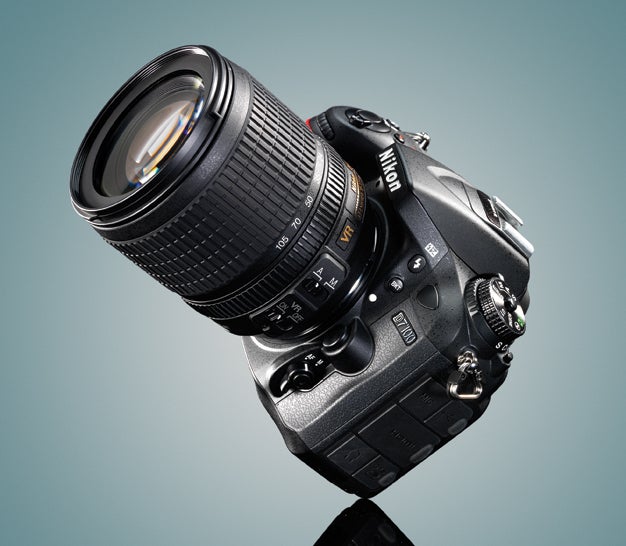 If you’re serious about your photography, but just as serious about value, the Nikons D7100 ($1,197, body only) has likely caught your eye. Its 24MP APS-C-sized CMOS sensor promises lots of resolution; dual card slots help you organize while shooting and afford plenty of storage; and the pop-up flash can wirelessly trigger off-camera units. Plus, the 6-frame-per-second burst is fast enough for sports, while the 51-point autofocus system can track subjects while you capture the action.

While the D7100 isn’t as much of a tank as the D300s, it’s no wimp. Its magnesium-alloy body should prove tough enough for most shooting conditions, and it has almost as much weather-sealing to ward off dust and moisture as Nikon’s pro bodies. Best of all is how well it fared out in the field and in the Popular Photography Test Lab.

In the Test Lab
Ample resolving power, adequate noise control, and accurate color reproduction earned the Nikon D7100 an Excellent rating in our tests from its lowest sensitivity setting of ISO 100 through ISO 1600. That’s one stop beyond the range of Canon’s 18MP EOS 60D ($899, body only) when we tested it in our February 2011 issue, but obviously that competitor is now ripe for replacement.

Noise? Superbly controlled at lower ISOs, with Extremely Low ratings at ISO 100, 200, and 400. It doesn’t rise to a Low rating until ISO 1600 and doesn’t reach Unacceptable until ISO 12,800. Not surprising, since Nikon’s DSLRs often cross our limit of acceptable noise precisely at the point the company labels sensitivity “Hi” instead of a numerical ISO.

Autofocus proved speedy, but not the fastest we’ve seen. It was a tad slower than the 60D at every light level in our lab test. (In our field testing, AF speed was never a problem.) But it offers a slight improvement over its predecessor, the D7000, focusing faster at EV 4, 2, 1, and 0. Plus, it managed to reliably achieve focus at EV –2, albeit with more variation in speed than we’d like to see; the D7000 couldn’t reliably focus in such dim light.

Overall, the Nikon D7100 performed as expected. It offers a two-stop improvement over the D7000 in usable sensitivity, and more than 400 lines more resolving power.

In the Field
As usual for Nikon, the D7100 has a nicely sculpted grip that feels very comfortable in the hand. Ample dedicated function buttons mean no digging through menus to change the most important shooting settings—in many cases, you won’t need to take your eye away from the viewfinder.

You’ll need both hands to operate the Nikon D7100 efficiently in some instances. For example, the AF/MF switch, on the front left of the body, has an embedded button that lets you switch other parameters, such as the AF mode and the number of active focus points, using the two command wheels on the right side of the body. Once you’re used to using both hands, it’s a fast way to prep for your next shot.

Similarly, pressing the ISO button on the left of the 3.2-inch 1,228,800-dot LCD lets you use the command wheels to change the ISO setting or choose between auto and manual ISO. This can be awkward: Your thumb goes between your face and the camera. Sure, space is tight on a DSLR, but the ISO button might be better placed elsewhere—Canon puts it near the shutter button on many of its DSLRs.

Burst shooters will appreciate the Nikon D7100’s 6 fps continuous drive mode, and its continuous AF easily kept up during bursts. We always suggest a camera with at least 5 fps for sports, so this body is a good fit for parents looking to capture their athletic progeny. You’ll have to use some restraint with RAW images, though, as the buffer fills after 6 frames; JPEG shooters can grab up to 33 frames at top quality settings. (The Canon 60D allows up to 16 RAW files or 58 JPEGs.)

Taking a cue from Nikon’s full-frame (FX) bodies, the DX-format D7100 has a 1.3X crop mode that jacks the burst up to 7 fps, with a still-respectable 15.4MP pixel resolution in the 12x18mm crop of the sensor. The continuous AF also kept up with this frame rate well. And, since the frame is cropped, the AF points cover a much larger portion of the active frame. Sony’s A99 offers a similar burst mode, though that body costs quite a bit more than the D7100—$2,798 street, body only.

Video enthusiasts will like that the D7100 can record at up to 1920x1080i60 and allows 30fps and 24fps at that pixel count, too. Our footage looked quite nice. The built-in stereo microphone­—with level controls—recorded audio as well as a built-in mic can; a stereo mic input lets you add an external one.

The Nikon D7100 also sports some automatic capture functions you won’t find on any of Canon’s DSLRs. A built-in intervalometer lets you shoot up to 8991 images at intervals of 1 sec to 24 hours. The self-timer can be set for a 2-, 5-, 10-, or 20-sec delay, and can capture up to nine images in intervals of 0.5, 1, 2, or 3 sec. We are always surprised that more manufacturers don’t develop these kinds of useful capabilities.

The Bottom Line
Despite the rise of complex mirrorless cameras such as Panasonic’s Lumix GH3, the Nikon D7100 remains a great bang for your buck. While larger than the GH3, it feels just right in the hand and manages the weight of big lenses nicely. We spent quite a bit of time shooting with the heavy 24–70mm f/2.8 Nikkor, and it had only a slight downward droop. With the 18–105mm f/3.5–5.6 kit lens, the camera is wonderfully balanced.

The Nikon D7100 is a very powerful imaging tool. We’d expect Canon to update its competing 60D before long. But as it stands, the D7100 offers an extra stop of sensitivity, faster bursts, and more resolving power—for a few hundred dollars more, right now.

Nikon shooters thinking of upgrading from an entry-level body or an older model in this series, such as the D80 or D90, should feel comfortable choosing the D7100. We predict it will be one of the most recommended DSLRs of the year.