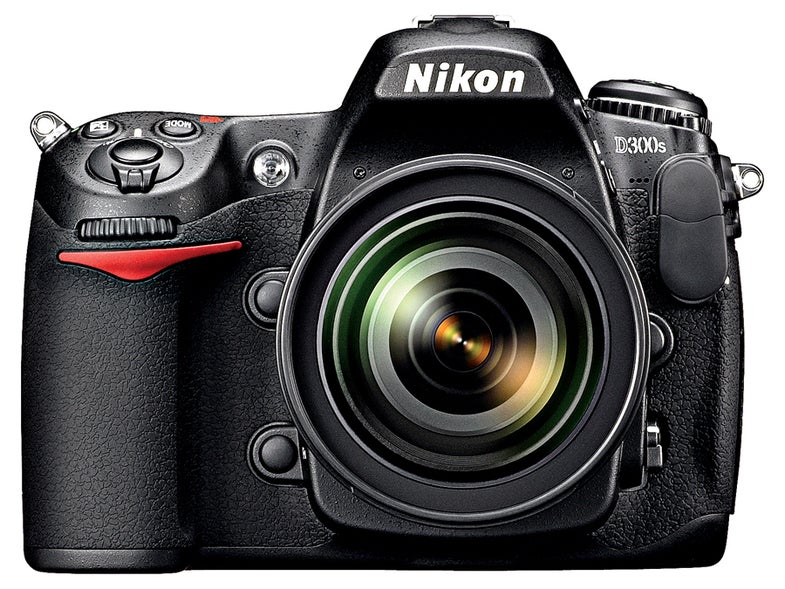 When Nikon’s D300 hit stores about two years ago, it wowed everyone with its high-resolution LCD, 14-bit RAW capture, and sophisticated AF and metering systems that combined to precisely track moving subjects.

This refinement didn’t really affect the D300s’ results in our lab. The new camera turned in comparable resolution to the D300, putting it behind Canon’s EOS 50D and Rebel T1i, though ahead of the Olympus E-3 and Sony Alpha 700.

Noise also remains similar to that of the D300-and that’s not up to the level of Nikon’s more mass-market D90. JPEGs cooked by the camera’s Expeed processing engine show a lower noise level than those produced by the default noise reduction in Nikon’s Capture NX 2 software-but we always test RAW files converted to TIFFs using the manufacturer’s software at default settings.

At those defaults, noise just barely reached an Unacceptable rating by ISO 3200, but it held onto a lot of resolution throughout the ISO range-at ISO 1600, resolution remained within 100 lines of the result at ISO 100.

Its 14-bit RAW capture and D-Lighting hold onto a lot of data in both light and dark areas, earning it high marks in highlight/ shadow detail and contrast. And low-light shooters will definitely appreciate the camera’s speedy AF system. It runs neck-and-neck with the Canon 50D, and handily beats the Olympus E-3 at murky EV 1 and below and the Sony A700 at EV 2 and below.

In our field tests, the Nikon’s 3D focus tracking worked really well. At a New York fashion show, it easily kept up with the strutting models. Since the camera tracks based on the color and shape of the subject, you can recompose the image as the subject moves. It also provides feedback through subtle illumination of focus points, so you know what part of the subject is being used for focus at any given moment. It feels almost like operating some sort of futuristic weapon.

The D300s’s most prominent new feature is its 720p, 24-frameper- second video capture. New to this level of Nikon camera, it’s the same HD movie recording as in the D90. We’re still impressed with the clips it shot, but Canon’s EOS 7D ($1,700 street, body only) will offer full 1080p at 30 fps or 24 fps, as well as 720p with a 60-fps option-that leaves this new DSLR feeling a little behind the times on video. (To be sure, shooting video with any DSLR is cumbersome, due to the sluggish AF systems they use for video and their lack of continuous AF.)

Other upgrades proved minor, though welcome. Continuous shooting now reaches 7 fps when the camera is powered by a single EN-EL3e battery. As with the D300, adding the MB-D10 battery grip ($260, street) brings the burst rate up to 8 fps. But it slows to 2.5 fps if you shoot 14-bit RAW files or 14-bit RAW + JPEGs because of the added size of those files- also the case in the D300. And, the built-in flash’s coverage now spans the field of view of a 16mm lens, up from 18mm.

Subtle Changes To The Body

The camera body is nearly identical to its predecessor, with a solid magnesium-alloy shell and extensive weathersealing. A second card slot now lets you use both CompactFlash and SD/ SDHC cards. And a dedicated button gets you into live-view shooting fast-the D300 had it on the drive-mode dial.

Taking live view’s place on that top dial is quiet-shutter mode. Hold the shutter button down after a shot and the D300s waits to recock the shutter and flip down the mirror. If you want to grab a shot at a quiet event, you can then wait for a noisy moment to release the shutter button.
Nikon also added a dedicated Info button instead of doubling that function up on another button, the way it did on the D300.

The layout of the controls is excellent-the comfortable grip has a divot on the inside to rest fingertips and a solid ridge below the shutter for your middle finger. You need two hands to fully control it, but you can still reach many settings with the right hand.

Nikon was smart to update the D300, but it could have done more, especially in terms of noise reduction, which was bested in our tests by even the lower-priced D90.

We also would’ve liked to have 30-fps and 60-fps options for video recording-and it would behoove Nikon to step up to 1920×1080-pixel recording, too.

The D300s is certainly still a wonderful, rugged, workhorse of a camera and well worth its serious price tag. We doubt, however, that many current D300 owners will be clamoring to upgrade. And with the EOS 7D on the way, we don’t think it’ll steal away many more Canonites.