Here's the low-down on a few new Sony cameras 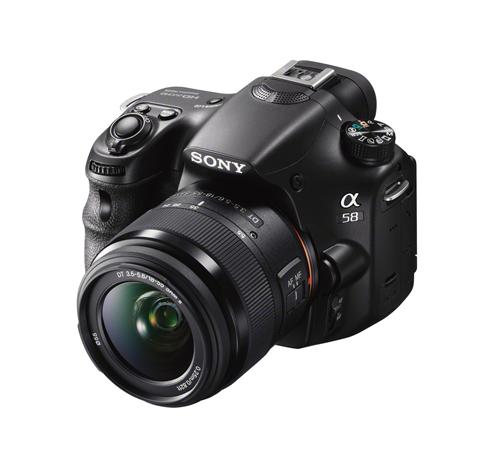 This post-CES time is always a popular time for camera companies to roll out updated versions of existing camera lines and Sony has done just that. The new a58 and NEX-3N haven’t yet been announced here in the States, but they act as follow-ups to the a57 and the NEX-F3 respectively.

Predictably, the a58 shares quite a few similarities with the a57 that came before it. The biggest difference is the new 20.1-megapixel Exmor APS-C HD CMOS sensor. It’s paired with their Bionz processor and once again has their Steady Shot sensor-shift image stabilization technology.

Sony promises that the 15-point AF system is now faster and uses lock-on Autofocus. Preview is handled by an improved OLED Tru-Finder display.

The NEX-3N has gotten a noticeable redesign, bringing it more in line with the RX series compact cameras. Inside is a 16.1 megapixel high-sensitivity sensor. The back of the camera has a 3-inch LCD screen that flips 180-degrees upwards for self-portraits, much like the NEX-F3.

Sony is claiming that the NEX-3N is the world’s smallest, lightest interchangeable lens camera with an APS-C sensor, even with its built-in flash. As an interesting addition, it actually has a rocker switch for the zoom that can be used with the 16-50mm motorized kit lens. It’s a feature that makes sense in a camera at this level because many may be coming up from a compact where that kind of zooming is the norm.

UPDATE: Sony has now officially announced pricing for both cameras in the US market. The NEX-3N will cost $500 and come bundled with the 16-50mm motorized zoom lens. The a58 will cost $600 and come packaged with the 18-55mm kit lens. Both cameras are priced pretty aggressively, especially the 3N, which is basically now competing with some high-end compact cameras.