It's not the first image out of the 268-megapixel space telescope, but it's still breathtaking 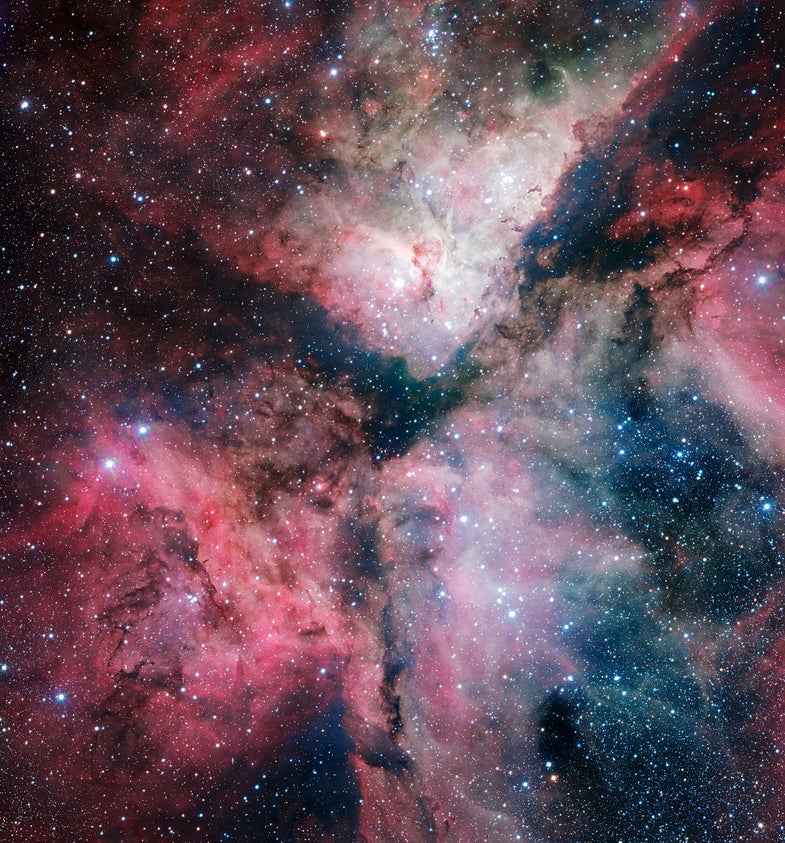 It was just yesterday that we saw a stunning photo of the Earth from space, but what about one taken facing the other direction?

The ESO put out the image of the Carina Nebula to celebrate the inauguration of the VST at the at the Italian National Institute for Astrophysics (INAF) Observatory of Capodimonte, in Naples, Italy. The actual telescope, however, is based in Chile, and the image was actually recorded in June when Chilean President Sebastián Piñera came to visit the observatory. And yes, he pushed the button, taking one of the images that makes up part of this immense image.

If you want to see the photograph in all its glory, the ESO has released the full 17383×18656 pixel version online, which is just under 700MB to download.

This isn’t the first image to come out the the VST, that honor goes to a photograph of Messier 17 that was released last June. The image capturing on the VST is provided by a 720kg behemoth known as OmegaCAM that captures 268MP images using an array of 32 CCD sensors. The VST is the “largest telescope in the world exclusively dedicated to surveying the sky at visible wavelengths” — which explains how it captures these breathtaking images.