NASA has taken its famous Blue Marble photograph concept, and retaken it during the nighttime hours 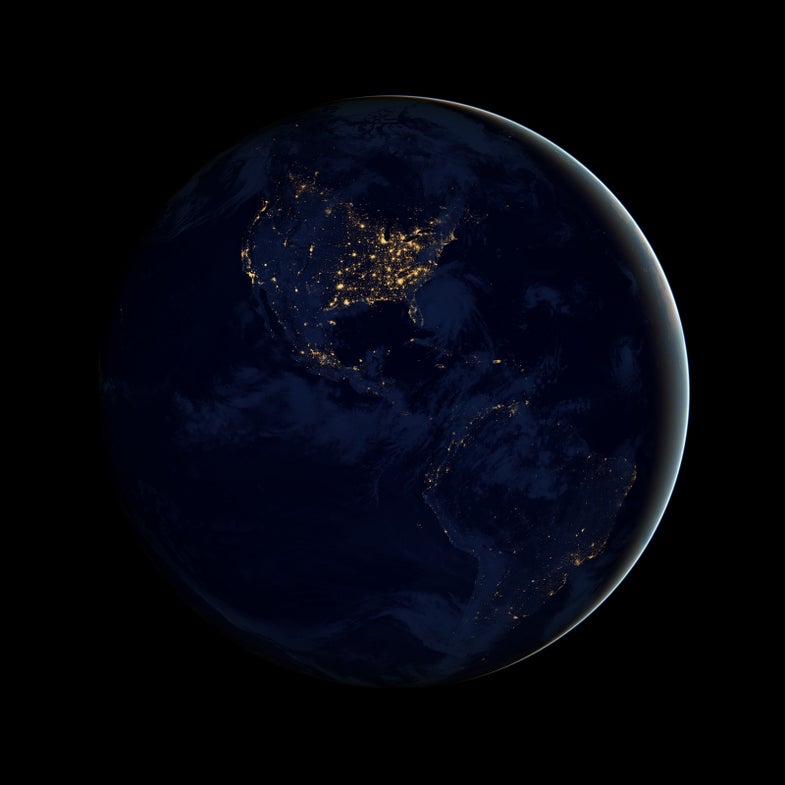 Every couple of years, NASA releases a new edition of its famed Blue Marble image, wondrous composites showing the Earth from space. Now NASA has taken that same concept one step further, and released Black Marble, a similar image taken at night. Available from a number of angles and at frankly ludicrous size through Flickr, this newest release shows our globe at night, illuminated by the electric glow of humanity’s cities.

This new set of images was made possible by the day-night band of the Visible Infrared Imaging Radiometer Suite (VIIRS) on the the NASA-NOAA Suomi National Polar-orbiting Partnership (NPP) satellite that was launched earlier this year. The sensor is so powerful as to be able to spot the glow provided by a single ship at sea.

In a press release, NASA explained how they manage to pick up such faint lights without having larger sources be overwhelming:

Because of this variable sensitivity, some internet discussions have quickly turned to doubting the veracity of the image. Commenters seem to have trouble with the wildfires in Southwest Australia being so bright and so large. I can’t say for certain, but I imagine in those areas images were chosen to amplify the brightness to a greater degree.

Gathering the information for these images came from 312 orbits by the satellite over nine days in April and thirteen days in October — making for 2.5 terabytes of data that had to be assembled.