NASA has released another "Blue Marble" shot of Earth, one they're calling the "Most Amazing High Definition Image of Earth" 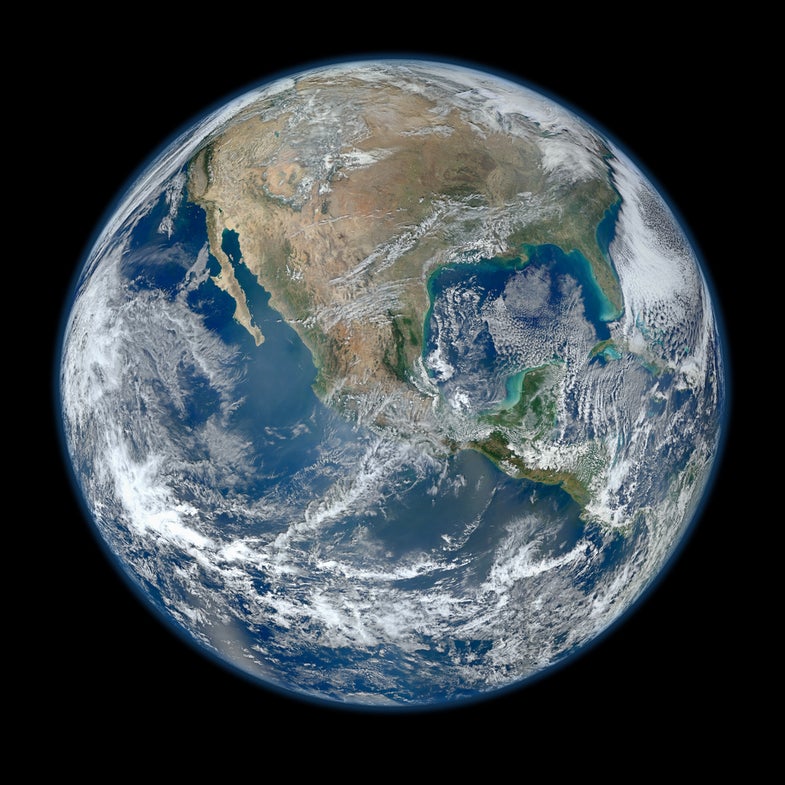 A “Blue Marble” photograph is one released by NASA showing the entire globe of the Earth from space, and has become one of the organization’s hallmarks. First shot in 1972 by the crew of the Apollo 17, NASA released updated versions in 2002, 2004, 2005, and now a new one. Released over the NASA flickr account, the new shot is available in resolutions up to 8000×8000 pixels, and is a combination of a number of images recorded by the Suomi NPP satellite.

The composite was taken on January 4th of 2012, and puts the Americas front and center in the shot. You can see more of the images recorded by the Suomi NPP on NASA’s site.

NASA’s incredible photography hasn’t just been aimed at our own planet. The organization has just released some incredible shots of Mars taken by the High Resolution Imaging Science Experiment (HiRISE) camera on NASA’s Mars Reconnaissance Orbiter via io9, showing off some of the best imagery from the six years the orbiter has been doing its thing. You can see more of the 20,000+ images taken by HiRISE here.