The ESO has just released the first images from VLT Survey Telescope, taken with a massive 268-megapixel sensor 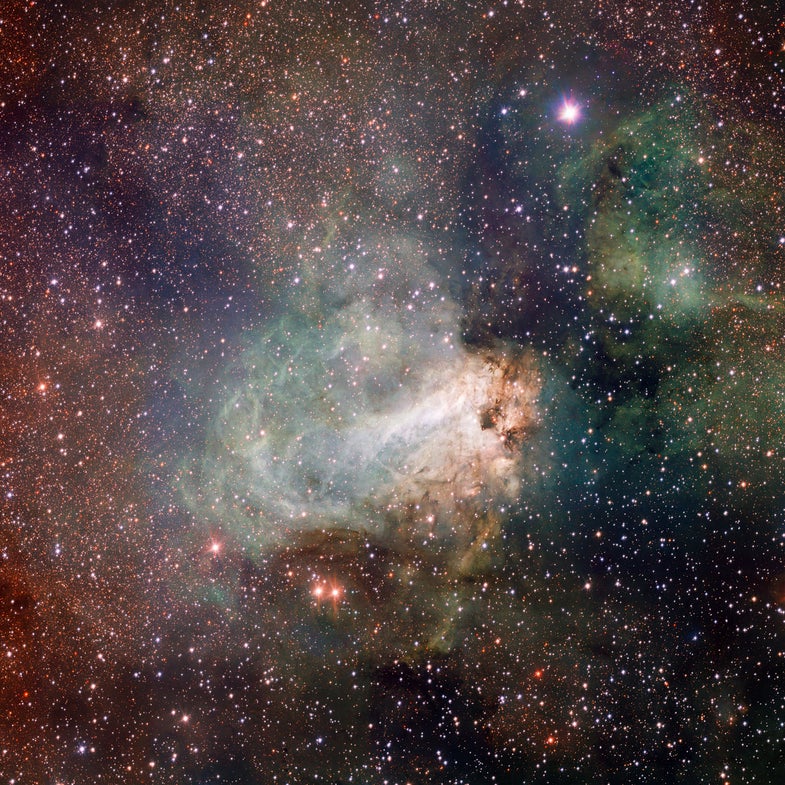 It’s been a particularly astronomical week over here at PopPhoto.com. First an image of the devastated wake of the Massachusetts tornado, and then the tale of Nikon gear left to become stardust. On a more positive note, we now have the first images out of the ESO’s VLT Survey Telescope, capturing an area of space twice the size of the moon, and they’re stunning.

The ESO (European Southern Observatory)’s VLT Survey Telescope (VST) is a 2.6-meter telescope with a 268-megapixel camera OmegaCAM buried inside it, and is located in the Atacama Desert of northern Chile, along with the rest of the Paranal Observatory. The VST has a field of view twice as large as a full moon, and is designed to capture visible light exposures at high speed and in great detail.

So, what sort of beast of a sensor do you need to capture images like this? Sealed together in a vacuum are 32 CCD sensors, which are stitched together to grab the 268-megapixel images. The whole camera rig weighs 770kg — not something you can slap on a tripod and take out into a field. The first two images are of two spectacular areas of space.

The VST is set to take three major surveys of the southern skies over the next five years, producing 30 terabytes of raw data per annum. The planned survey will help us understand dark matter, dark energy, the formation of stellar bodies as well as document hundreds of millions of objects in space.