The slimmer, trimmer version of the X-Pro1 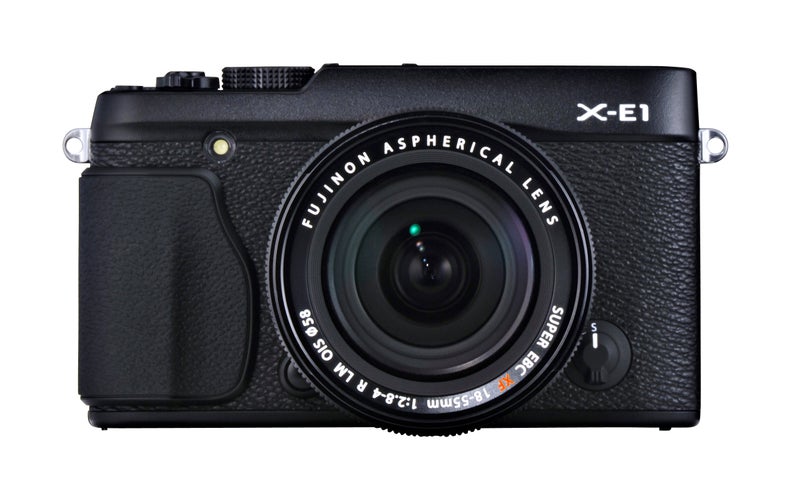 The Fujifilm X-Pro 1 has had some photographers lusting after its retro form factor, but its $1,700 price tag can be a bit of a turnoff. Enter the $1,000 Fujifilm X-E1.

Among the few key differences between the new X-E1 and the X-Pro 1: The new model is 30% smaller and uses a strictly electronic viewfinder with a 2.36-million-dot OLED display. That’s a big departure from the hybrid multi-viewfinder found in the X-Pro 1 and sounds like it could be very similar to the EVF found in Sony’s NEX-7. That would be OK with us.

There are still plenty of similarities, though. The X-E1 offers the same manual controls, 16.3MP APS-C C-Trans CMOS sensor, and same X-mount lens compaitbility. There’s still no low-pass filter, instead relying on a nonstandard color filter array to handle moiré and false colors.

Shipping in November, the Fujifilm X-E1 will run you $1000 for just the body, which, by the way, comes in two-tone black and silver, or classic all black.