A Kodak sensor is being sent to the stars as part of a mission to get up close and personal with Jupiter. 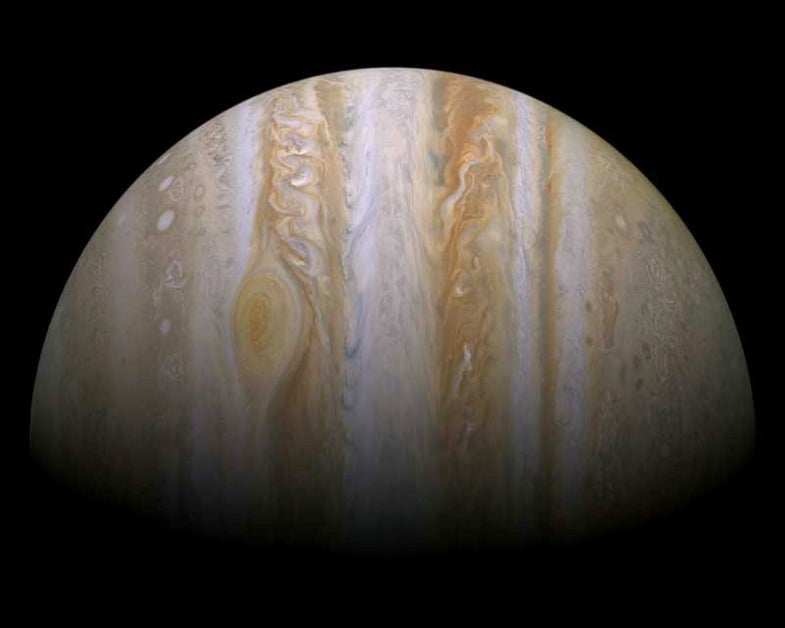 In just a few short days, NASA is set to launch the Juno orbiter on a voyage that will take it close to the red planet, and teach us a huge amount about the structure and nature of the gas giant. Part of its mission is the JunoCam — a highly specialized camera made Malin Space Science Systems, which will only survive seven orbits around the giant. And what’s going to be inside that camera? A 2MP CCD sensor from Kodak, which will provide a full-color look at the clouds of Jupiter as it skims as close as 5,000km above the planet.

We recently got a look at the Nikon DSLRs NASA uses in space, but these sensors are from Kodak’s industrial line, from which other sensors have been used in space cameras for more than a decade now.

KODAK KAI-2020 Image Sensor has a resolution of 1600 x 1200 pixels, and which means the JunoCam will be able to take photos which are just 3km per pixels, a level of detail never before seen of Jupiter.If you’re really interested, you can see a picture of the sensor itself here (pdf warning)

While it’s arguable that flying with your sensor will damage it due to cosmic rays, this sensor will only survive 7 trips around the planet due to its intense radioactive and magnetic fields.

The initial launch window for the Juno probe is Friday, August 5th, and it will take five years before it reaches Jupiter in July of 2016, staying in orbit for another year, before descending into the planet itself.