How Does NASA Get a Nikon D2Xs DSLR Ready to Go to Space? 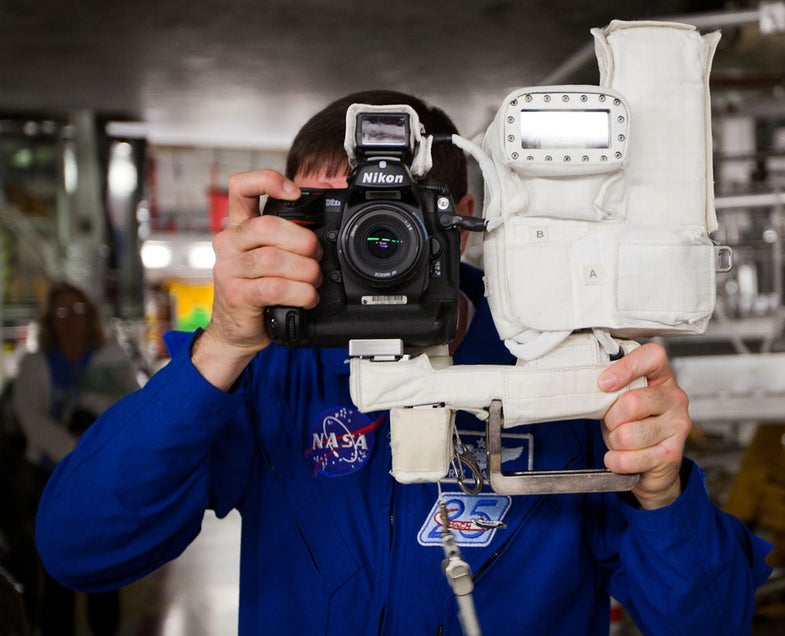 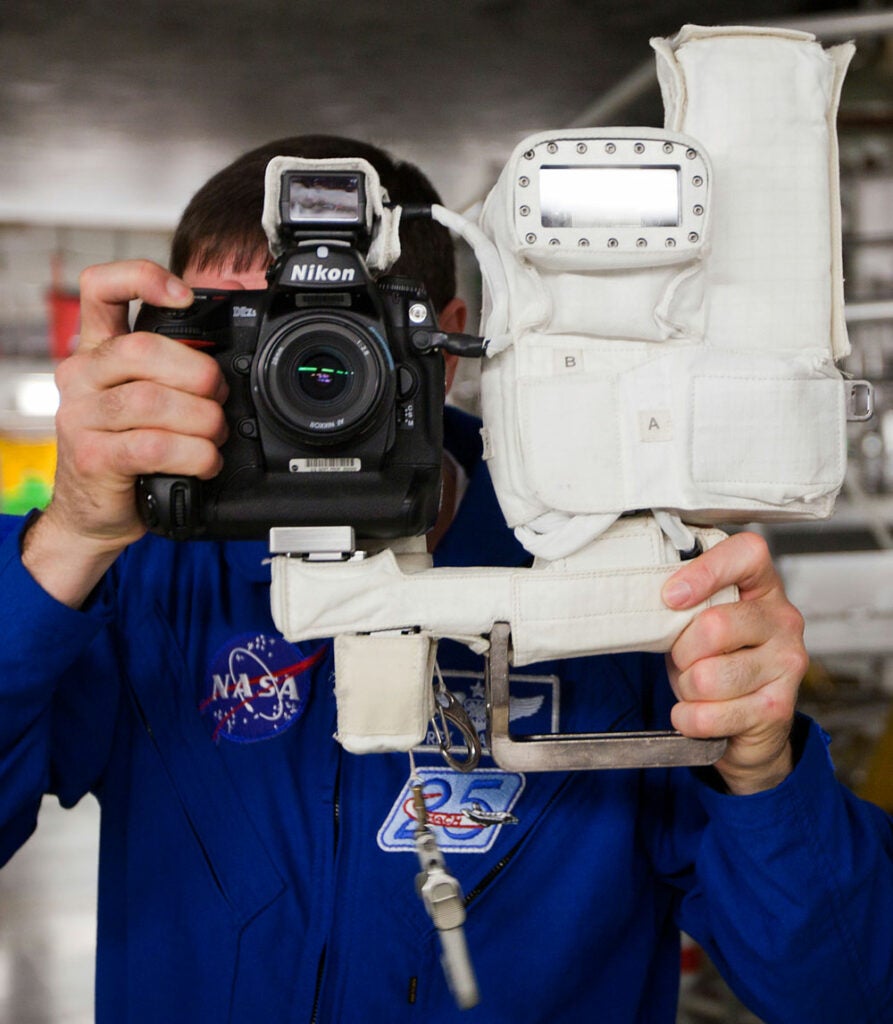 NASA astronaut Rex Walheim, STS-135 mission specialist, familiarizes himself with a camera he will use in space during the STS-135 Crew Equipment Interface Test (CEIT) in the Orbiter Processing Facility at NASA’s Kennedy Space Center, Florida on April 7, 2011.

A few days ago, we came across this image over on The Atlantic‘s “In Focus” blog of NASA astronaut Rex Walheim holding a DSLR. Attached to it is a giant flash rig shrouded in some kind of coat. It’s similar to the one that can be seen in this ridiculously awesome self-portrait taken by an astronaut during a space walk. We were incredibly curious about what was going underneath that space suit, so we went directly to NASA and asked them what has to happen to a DSLR rig before it’s ready for the final frontier. Here’s what they told us.

What is all of that extra equipment under the white shroud?

The equipment under the thermal blanket is a Nikon SB-800 flash in a custom housing that is used during a spacewalk (EVA). The flash needed a special housing because it will not work properly in the vacuum of space. The housing holds air pressure so that the flash will function properly. There is also a bracket on the bottom (covered with a white thermal blanket) that the camera and flash mount to.

So the shroud is actually a thermal blanket?

The thermal blanket protects the equipment from the temperature extremes during the EVA. [EDITOR’S NOTE: A PDF document on the NASA website says the following about thermal blankets. “To reduce the temperature hazards to astronauts performing EVAs, bare metals outside the ISS and other spacecraft will have special coatings or blankets on them. These cautionary measures typically tend to keep “touch temperatures” between 120 degrees Celsius and -129 degrees Celsius.”]

What is the extra part on top of the camera that looks like a separate finder?

This is actually a modified Nikon SB-29 sync cord. This allows us to use an auto focus illuminator in low light

Is that a standard D2Xs or has it been specially modified?

Is there any wireless file transmitting tech in there or does it just save to solid state media?

No, there aren’t any wireless file transmissions. The imagery is stored to a solid state compact flash card.

**So the camera in the photo never actually made it to space? **

The cameras the crew used on the EVA were already on the International Space Station and stayed there after the flight. 3 Nikon D2Xs cameras were taken on the spacewalk.

Do you reuse the cameras after they come back from space? Do they even come back at all or are they jettisoned to reduce weight?

The cameras that come back are evaluated for damage. Depending on the condition the camera may fly again. The space environment (both inside the vehicle and on spacewalks) is tough on the electronic cameras. The radiation damages pixels on the sensor. Sometimes the damage is so great that the camera does not fly again.