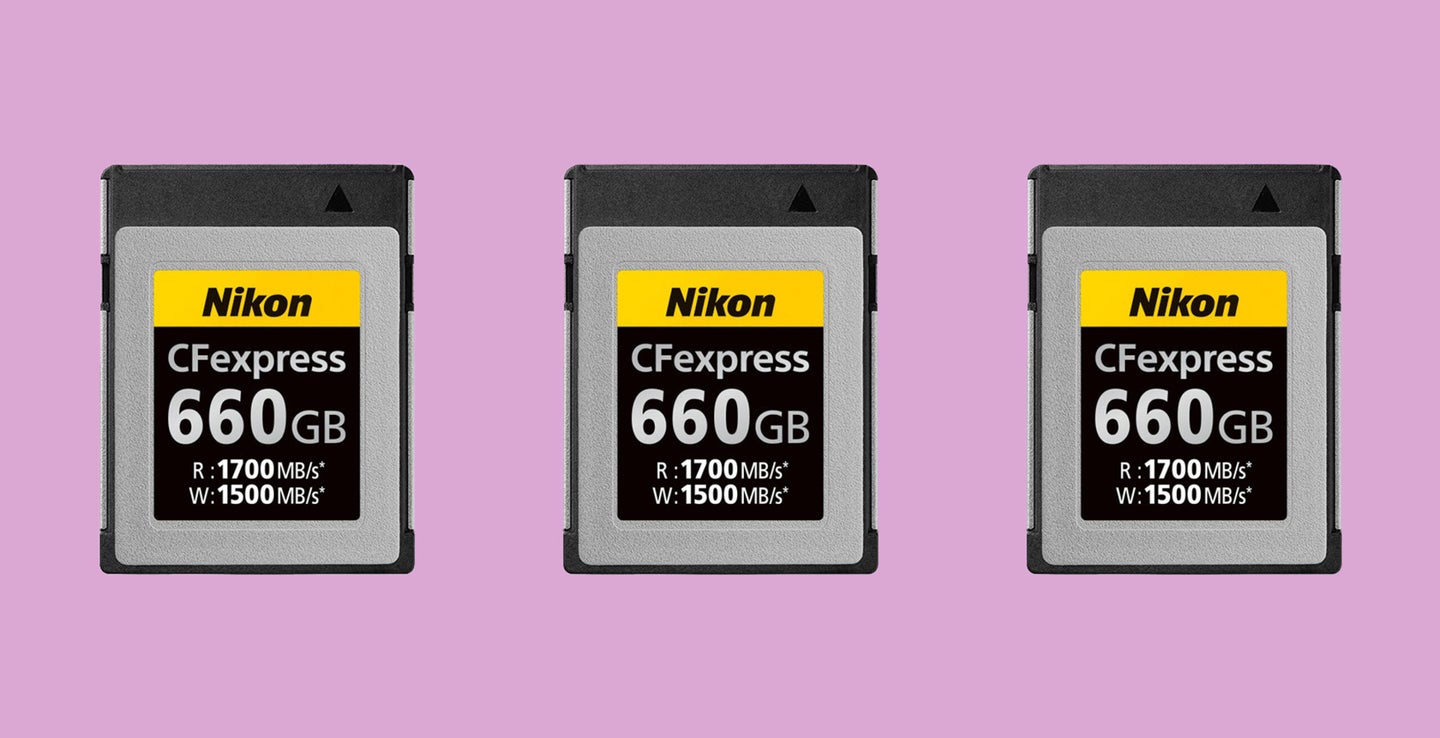 The MC-CF660G CFexpress Type B memory card will be available in June. Nikon
SHARE

Buried deep beneath the pizazz of the new Nikon Z9 firmware update was a juicy little tidbit: The camera maker is releasing a new memory card, the $730 MC-CF660G CFexpress Type B. It’s got stiff competition, so how does it stack up against the best on the market?

The Nikon MC-CF660G CFexpress Type B memory card clocks in with 660 gigabytes of storage—with a maximum read speed of approximately 1700 MB/s, and top write speed of 1500 MB/s. Nikon developed it to support video and still shooting on its mirrorless cameras, highlighting the Z9. With the Z9 demanding the fastest write speeds to achieve its 1,000-image-buffer capacity and massive 8k video capture, this new memory card has a lot to live up to.

How it stacks up against the competition

Looking at comparable memory cards from Delkin Devices and SanDisk, Nikon’s falls in between. Delkin beats it with an entire terabyte of storage; its max read speed is 1730 MB/s, and max write speed is 1540 MB/s, pushing it gently above Nikon’s card—but not by too much. Delkin wins slightly on the speed front and majorly on cost—it’s more than  $100 less.

SanDisk’s CF card has just 512 gigabytes of storage and max write and read speeds of 1400 and 1700 MB/s, respectively, and the company touts it as ideal for 4k video captures. While it doesn’t quite hit Nikon’s capacity  and speed, it is, like Delkin, less expensive. If 4k is your medium, then saving around $200 never hurts.

Where to find the MC-CF660G CFexpress Type B memory card

According to Nikon, this new memory card will be available beginning in June. It projects the card will retail for $729.95. Get updates here.