This self taught photographer never stopped exploring with his camera. 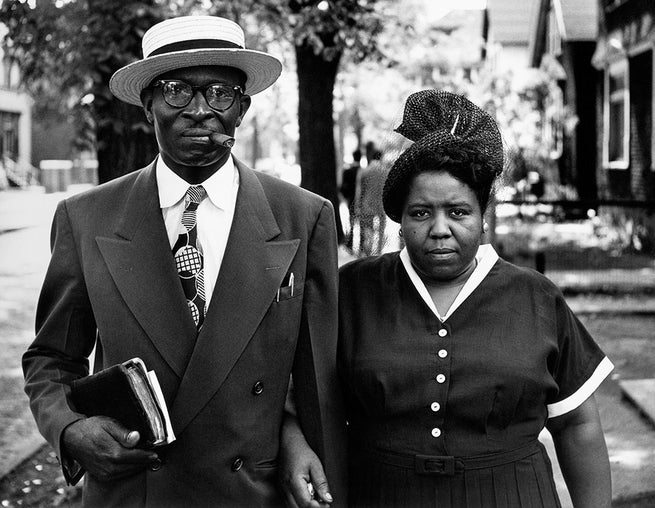 Gordon Parks is one of the masters of modern photojournalism. His LIFE Magazine photo essay “The Restraints: Open and Hidden,” exposed the effects of segregation in the deep south when it was published in 1956 and his images were fundamental in challenging racial inequality and the Jim Crow laws that ruled the South at that time. But the photographer had an impressive career long before that story debuted.

Gordon Parks: The New Tide, currently on view at The National Gallery of Art, features work made by the photographer from 1940-1950. PBS NewsHour recently featured the exhibition and used it as an opportunity to explore the life and work of the self-taught photographer who never graduated high school.

“Parks came to an understanding, I think, really before he ever picked up a camera, that it could be a tool for him to use to be able to express his own feelings about his life,” Philip Brookman, curator of the show, tells viewers in the segment.

The video features photographs from an unpublished LIFE assignment that he shot in his hometown of Fort Scott, Kansas, his work for the FSA, as well as early photographs of leading African American artists like Langston Hughes, Charles White, and Alain Locke.

“Gordon Parks always had a sense that media, that the camera … could be a very important tool in helping the world understand the image of African-American people,” Brookman explains. “It was through that understanding that you could make the world a better place.”

Gordon Parks: The New Tide will be on view through February 18.