Photographer Predrag Vuckovic dishes on how he captured these epic shots. 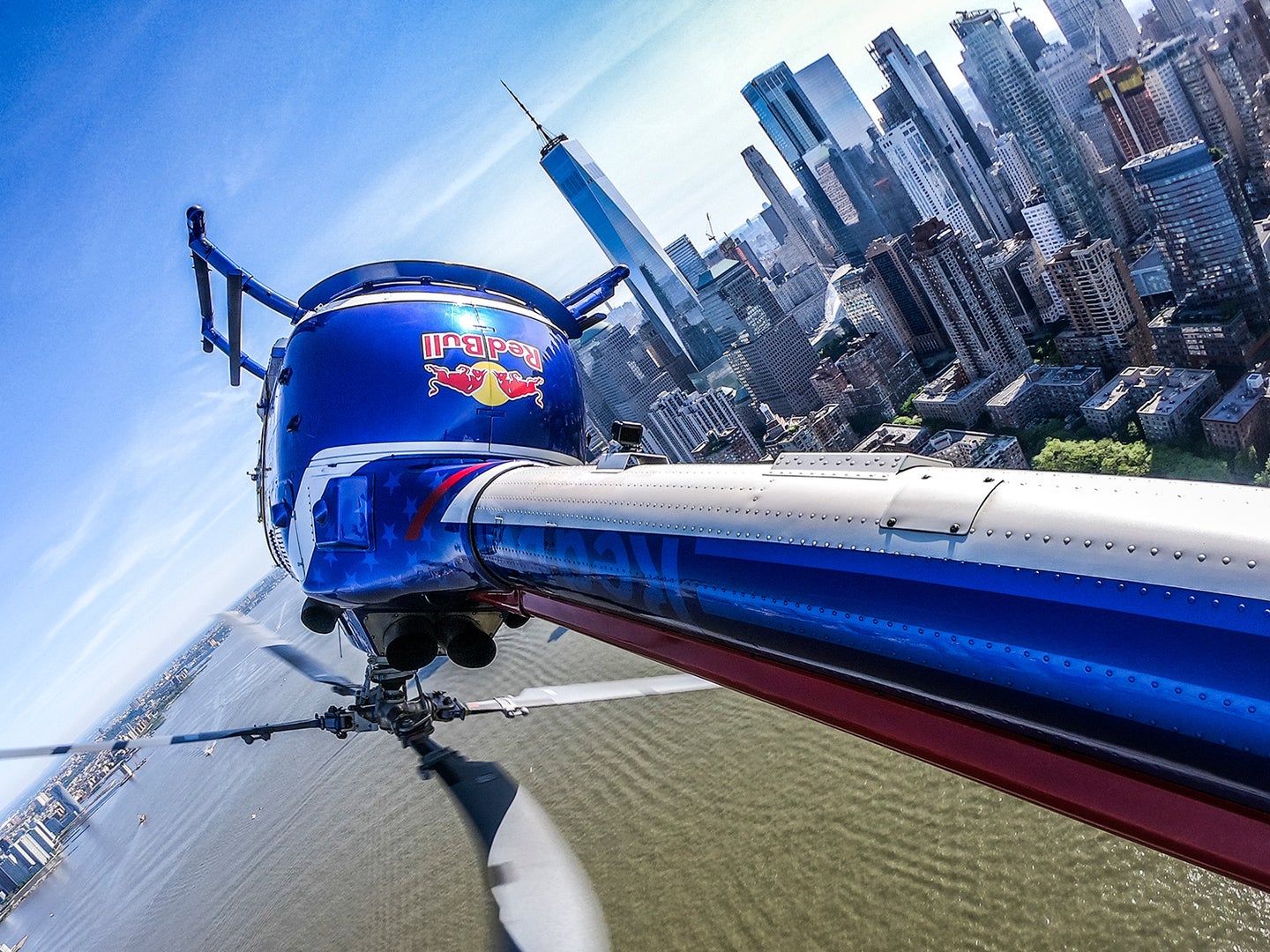 A POV shot of the helicopter in the midst of one of its aerial maneuvers over the New York harbor. Predrag Vuckovic
SHARE

Most people would never want to find themselves upside down in a helicopter above New York harbor, but this is the prime position if you are helicopter pilot Aaron Fitzgerald.

This weekend the former U.S. Serviceman kicked off the summer at the Bethpage Air Show with the Red Bull aerobatic helicopter, and a few days prior New Yorkers got a sneak peek as he performed barrel rolls and nose-dives over the New York harbor.

Red Bull photographer Predrag Vuckovic was there to capture Fitzgerald’s daring sky stunts in a second helicopter above the iconic body of water—the best vantage point for capturing the stunts and the background. We caught up with Vuckovic via email to learn how he prepares to shoot a helicopter in the midst of a nosedive.

What was one of the biggest challenges of this shoot?

One of the biggest challenges was to put together photo and video—it requires additional organizing and planning. When you have to do them together it cuts the time you have in half. Planning is the most important part, but so is communication and knowledge of the sport. Aerial photography is one of my specialties, but the biggest advantage for this project was having a strong relationship with the pilot Aaron Fitzgerald.

What gear do you use for this work? What were your camera settings for this specific shoot?

For this photo shoot I used two Nikon D5 cameras, kitted with 80-400mm, and 24-70mm lenses respectively. Usually the shutter speed is at some medium speed, I usually have it set from 1/250 to 1/500, in order to at least somehow capture the sense of motion. In this case, I went for a safer option and had the speed at 1/1000 because we were very limited with time and we did not have time to repeat.

How is photographing a helicopter in-flight different than action sports that you cover?

Every sport has something special and photos have to be taken in different ways. My experience photographing other aerial activities helped me a lot in photographing this project. One of the key things is having a full understanding of helicopter aerobatics because the starting position for any trick and the ending position are a very long distance apart, so if you want to capture the perfect moment, you must fully understand what the chopper will do. You have to calculate where you will be waiting for it. In most cases this is very demanding.

Were there any special considerations that you took into account when approaching this shoot? The most important thing was having consistent communication with the pilot performing the aerobatics and communication with the pilot of my helicopter. My pilot is supposed to bring me to the desired place at the right moment so we have to absolutely in sync with each other. It’s highly coordinated effort and is essential to this kind of photography.

See more of Predrag Vuckovic’s work on his website.

Check out a BTS video from the shoot below: