Azikiwe Mohammed is exhausted and pleased

The artist speaks with us about his long-term portrait project created along the route of the Underground Railroad. 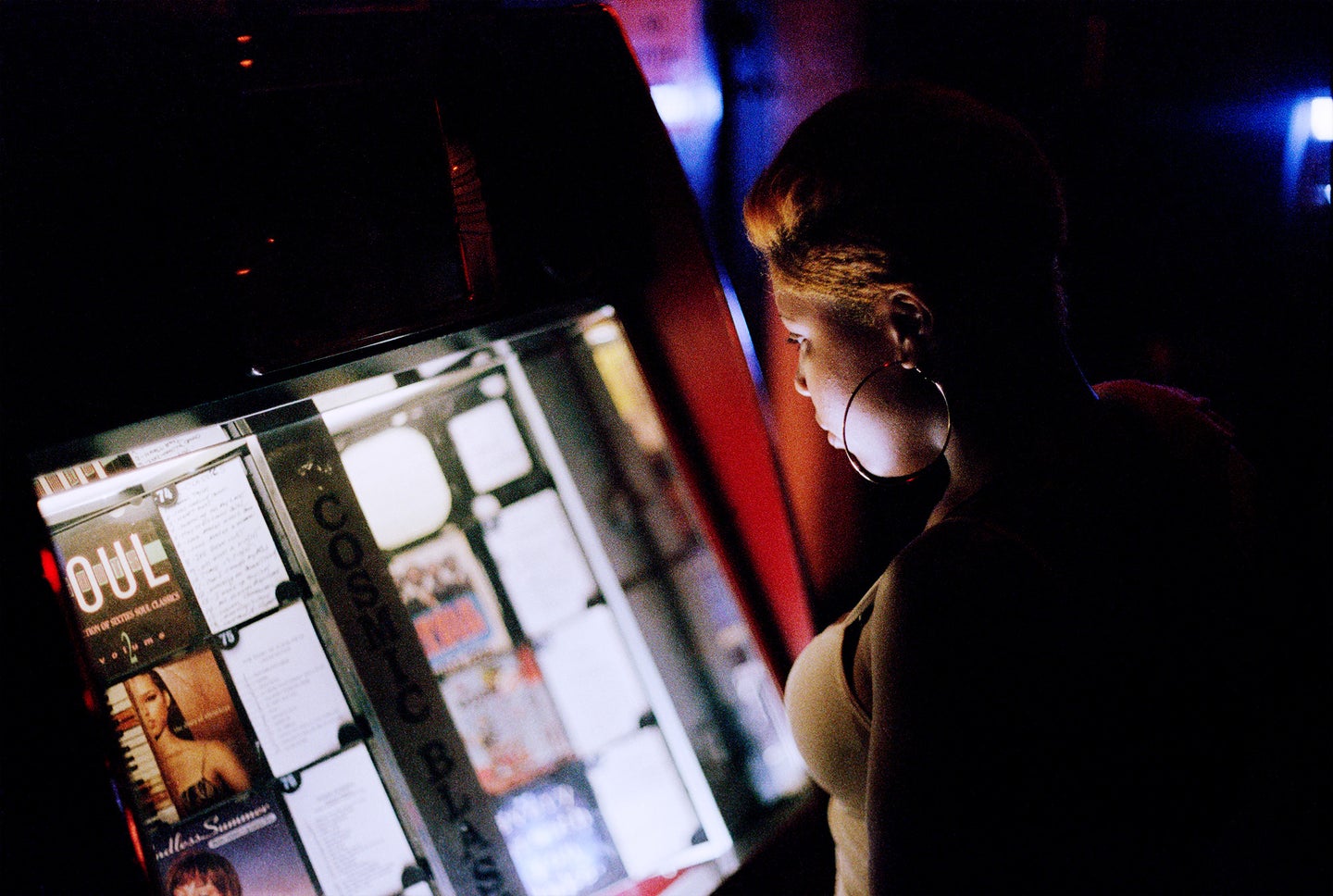 Multidisciplinary artist Azikiwe Mohammed has been busy the last few years, traveling the country to capture the multifaceted stories of a town called New Davonhaime. You may not have heard of New Davonhaime, but that’s because this town doesn’t exist within the borders of a single county or state. It’s bigger than that.

Conceived by Mohammed in 2015, New Davonhaime is a place that is comprised of cities and towns across America with the highest populations of black residents: New Orleans, Detroit, Birmingham, Jackson, and Savannah to be exact. It’s also a place that has served as inspiration for much of his recent artistic output.

Blackest Night: A Survey in Blackness, which is currently on view at SCAD’s Museum of Art in Savannah, is a career-spanning, multi-media show that explores the experiences and needs of people of color living in America.

The show includes installation from New Davonhaime like Jimmy’s Thrift Store, video and sound pieces, paintings, a neon dinner party, and a selection of photographs from an ongoing portrait project called From Here On Out, which was started approximately four years ago.

“It’s a pretty wide ranging photo project,” Mohammed explains. “The goal is to go to all of the places that make up New Davonhaime, with a few extras along the way, taking the route of the Underground Railroad to get to and from each of them.”

Mohammed plans to publish the portraits in a book. He hopes to complete two artist editions of the book—one for him and one for SCAD—by the end of summer.

We caught up with Mohammed to learn more about the project and how it feels to be wrapping it up.

What has the experience of traveling to these places and making portraits over the last few years been like for you?

I would say difficult, yet warm. There is a phrase that I have been using a lot this year, but it extends farther back than this year, it’s that I’m exhausted and pleased. I think that really encapsulates it.

The project has changed what the idea of home is. Making the work takes a lot out of me. You need to show up and be a real human and that takes energy. That is energy that I’m happy to spend, but it takes a lot of it. To recuperate from that you need to have some sort of reasonable organized home space. I am taking home with me to the places that I go. When I get to all of these places I tell people very straight-forward, this is what I’m here for, this is what I’m trying to do. For the most part I get a pretty positive response from everybody.

Has it been difficult to explain to your portrait sitters what New Davonhaime is?

That was one of the main questions when I set out. The idea of New Davonhaime works in an art space, sure, but it’s not a made up town. It’s five real places. So how does it work for the actual residents of these real spaces? I had to go ask.

I don’t start out saying that I made a fake town—that just doesn’t make any sense. It’s not helpful. It’s not that I’m trying to bury the lede, but if I lead with “I have a fake town that I made, and you are part of my fake town.” You sound like a crazy person. You are also forcing them to be part of a weird thing that you are doing and not the other way around.

It is me asking: “Will you allow me into your town? Into your larger spaces? The reason that we have these towns to begin with is because I’m looking for the same thing that you are looking for.” That is how I generally approach conversations with people when I ask.

The portraits are typically shot on a 4×5 camera, how have people reacted to the big camera and slow process?

The first question is normally: what video are you here to shoot? I’ve got a tripod and a giant camera. No camera needs to be that large now. I say that I’m taking stills and then I pull out the camera. You see their faces, they are still trying to reference what camera is that large that is currently in use. Then we just chat some about photo stuff and why I’m using it.

I want the stories to be rendered in as clear a format as possible, I like to look at the person, so we are still talking and be able to have the photographic moment not be a separate moment. As I’m taking the picture you are still looking at me and we are still talking. There is no break. Explaining these ideas, the care that I’m spending makes sense, because they can physically see it. They also know that if I’m putting this much care into the portrait that I am actually there for why I say I’m there. That I want the real answer.

How long do you typically stay in the towns shooting?

I’m not in any of these towns for a super long time—three or four days—so I’m trying to figure out how to most effectively use my time and more importantly, not waste anyone else’s.

RELATED: Here’s what caught our eye at the AIPAD Photography show

It’s not a cheap project to undertake and it also wears on me physically and mentally. I start to not make good images. If I’m shooting dead and there is no point in being out. I can only shoot when there is daylight and then when the sun goes down I’ll grab a bite to eat and do some more research floating around places. I always travel at night and sleep on the bus. You want to get there early enough that you can hit the ground running. The first day I look around for stuff, day two or three I’m shooting and then I leave the night of the third or fourth.

Why is a book the right medium for From Here On Out?

I don’t like photos on the wall because it doesn’t feel very personal. I like when you actually have to pick them up and touch the things. That feels correct. A book for these is great. You can stick books under a wobbly table, they can go on the coffee table, they can get mailed to friends, you can rip pages out. There are a whole bunch of reasons why for photographs the format is perfect. As I’ve been shooting it has all been towards creating a book.

Blackest Night: A Survey in Blackness will be on view at SCAD’s Museum of Art through August 31.