You can also use them to shoot ducks, chickens, or turkeys if they also invade your privacy 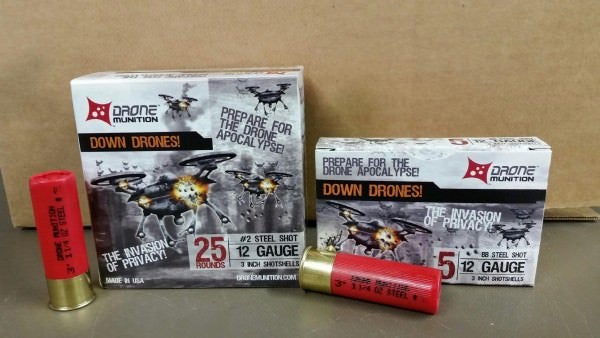 I’ll say this right here at the beginning: Shooting a drone out of the sky is probably a bad idea. But, if you’re dead set on taking down one of those unmanned flying camera copters, Snake River Shooting Products makes a shotgun shell made for that specific purpose.

The packaging says, “Prepare for the drone apocalypse!” which is either a joke or a really alarmist thing to make people feel paranoid. The shells are full of #2 steel shot, which is rather big, meaning that hitting a drone from a reasonable range with one of these would likely reduce it to a pile of smashed electronics.

It’s interesting to see some commenters noting that a smaller gauge shot would actually give you a better chance of disabling the rotors and then selling the intact electronic guts like the camera.

Luckily, you’re not totally out of luck if that apocalypse never comes buzzing around our heads. From the website,” As a side note, the round also makes for a very high end hunting load for ducks, geese or turkeys.” So, if the turkey apocalypse happens, you’re good then, too.