Video: See the First 21 Days of a Bee’s Life 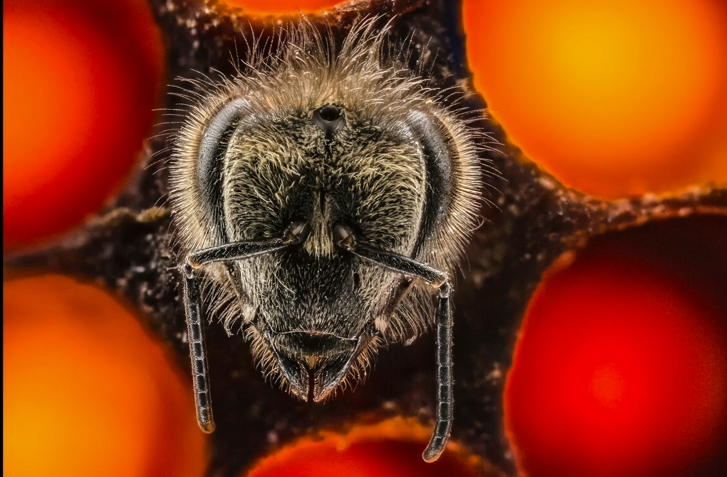 When National Geographic Magazine approached Anand Varma to photograph a story about the world’s vulnerable bee population he decided the best way to cover it intimately was to start a backyard bee colony. For the past few years there has been a lot of news about the declining bee population, which is problematic when you consider these creatures pollinate about a third of our crops.

To figure out what was going wrong Varma decided to raise his bees in front of the camera.

“Bees are the most sensitive when they’re developing inside their brood cells,” he says. “I wanted to know what that process really looks like.”

That process created some incredible photographs, but it also revealed the tiny mites from Asia that are threatening the bee population. Watch the TED Talk above to see the compelling footage and learn what Varma believes can be done to save the bees.