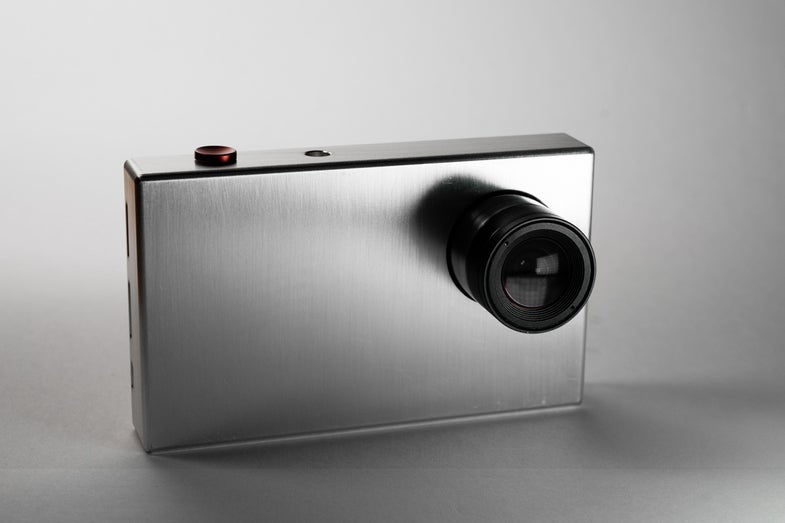 We write about a lot of gear in the Kickstarter stage (or more broadly, the crowdfunding stage), but the TinyMOS is even younger than that. The TinyMOS Tiny1 is a small camera built specifically to simplify the often-complicated process of capturing astrophotography.

Students at the National University of Singapore developed the Tiny1. They plan to try and take the camera into actual production in the next year.

The small camera itself is in a prototype stage, which makes the Tiny1 just an aluminum box with camera guts inside and a small lens attached to the front. The photography features, however, are geared specifically for taking photos of the night sky. There are even modest features designed to help shooters capture things like the Milky Way galaxy and the auroras.

The system has interchangeable lenses, so its uses go beyond the function of an astrophotography camera, but the astro features really are what make this small camera stand out. It even has integrated time-lapse modes.

So far, the images from the prototype look pretty great, especially when you consider all of the horrible #SuperBloodMoon photos photos that were shot with smartphones this week.

You can sign up on the camera’s website to be notified when it goes into crowdfunding mode. But, if the price is right and the technology keeps advancing, the Tiny1 from TinyMOS could be a great purchase for someone who lives in a place where light pollution doesn’t drown out the stars every night.