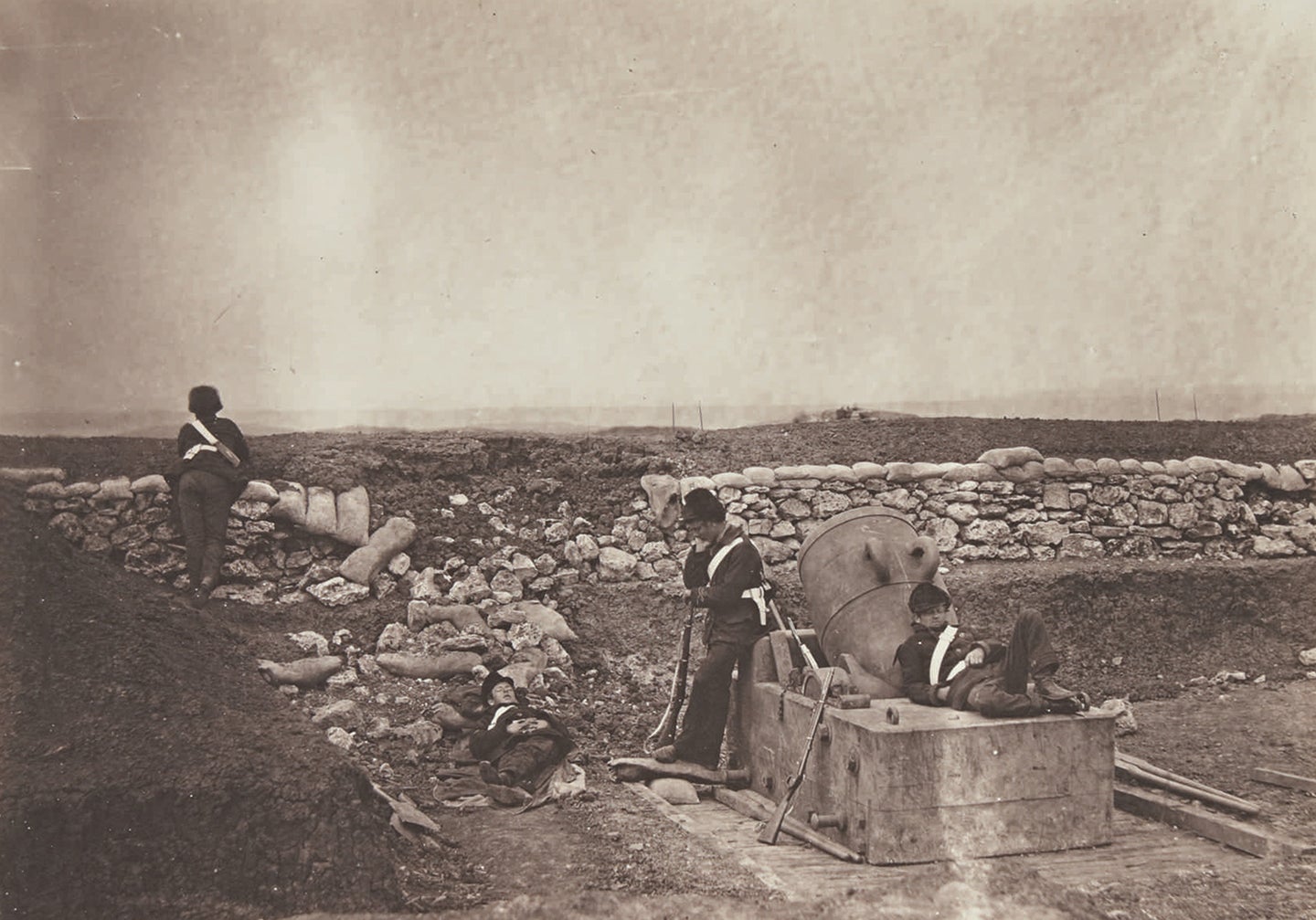 A QUIET DAY IN THE MORTAR BATTERY: salt print from a wet collodion glass negative, mounted, with lithographed credit, title, date, 'No. 56,' and publisher's information on the mount, 1855, printed in 1856. Roger Fenton
SHARE

Sotheby’s has announced the items that will be part of it’s Spring auction, which includes 230 lots of photographic works with price estimates between $2,000 and $600,000. The artists such as Cindy Sherman, Irving Penn, Thomas Struth, and Helmut Newton.

The auction will also include a rare print from Roger Fenton’s Crimean War series. Created in 1855 the photos in the series are considered to be some of the earliest photographs depicting war. According to the auction house, this may be the first time that a print has appeared at auction. The print passed down through the Fenton family for nearly 150 years. Additional prints of the image belong to collections of MoMA, The Royal Collection, and the J. Paul Getty Museum.

Fenton was a leading British photographer and a founder of the Photographic Society. In 1855 he traveled with a small group of photographers to document what was happening on the battlefield in Crimea. Due to the nature of photographic materials at the time—which were very large and required a ton of light—Fenton’s photographs prominently featured stationary objects. A Quiet Day in the Mortar Battery depicts a group of soldiers lounging around waiting for some action. The salt print was created from a wet collodion glass negative, was printed in 1856 and features a lithographed credit. Sotheby’s estimates it will sell for as much as $120,000.

The auction will also feature a group of prints from Dorothea Lange, who is currently the subject of a retrospective at MoMA. The photos that will be on view at Sotheby’s before auction all come from her photographic survey of the effects of the Great Depression. The portraits include early prints of Six Tenant Farmers Without Farms, Goodlet, Hardeman County, Texas and Mother and Baby of Family on the Road, Tulelake, Siskiyou County, California. A later print of Women of the High Plans, Texas Panhandle, which was printed in preparation for her first MoMA retrospective will also be available. Sotheby’s estimates that these prints will sell for as much as $60,000.

Although paying that much for a piece of art is certainly out of the price ranges of most, the work will be on view for the public starting on March 28 at Sotheby’s. Swing by before the auction on April 3 to see these prized pieces before they become the possessions of collectors.