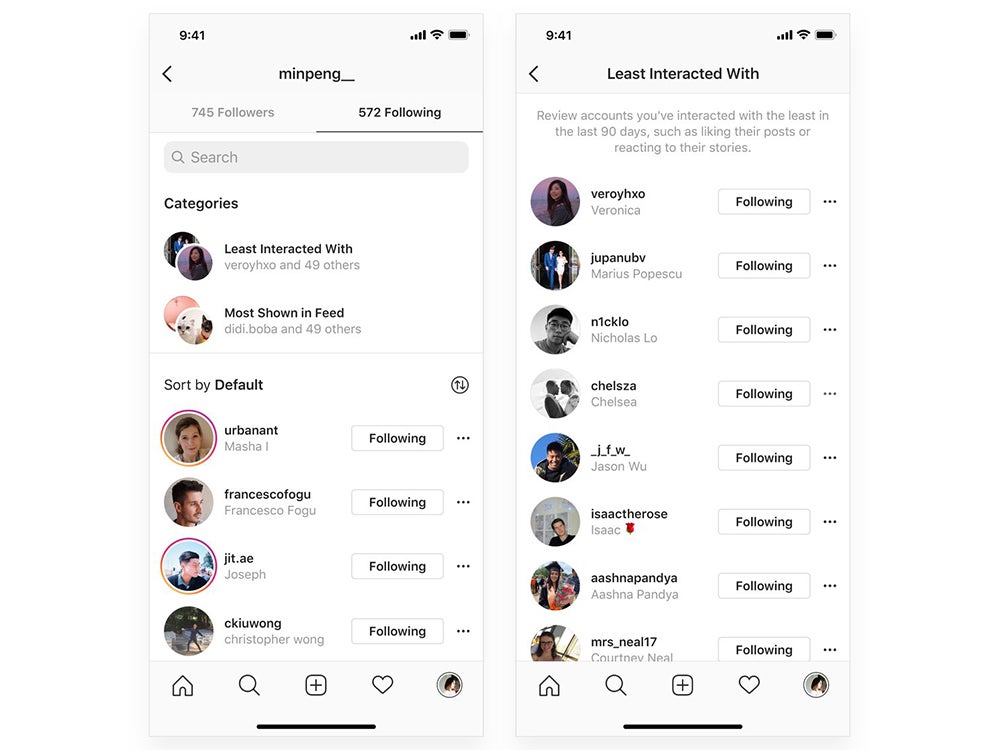 Instagram just released a new feature inside the app that makes it easier to unfollow accounts that you’ve stopped interacting with. The new feature is called “Following Categories” and sorts the folks that you are following into two groups: “Least Interacted With” and “Most Shown in Feed” that are based on the last 90 days of activity with the app.

If you’ve been using the app since the earliest days there is a good chance that you still follow accounts that are no longer relevant to you. Instagram says that the new feature is meant to help people clean up their feeds so that they see content that they want to interact with—and continue using the app.

You’ll need to update to the most recent version of Instagram to utilize the new feature, but once you do you can find it by clicking on who you are following. Obviously some of the accounts that appear there might be people who just aren’t posting that often, but chances are that you will find some accounts in there that you’ve totally forgotten you were following in the first place. We definitely like anything that will help reduce digital clutter in 2020.