Joel Meyerowitz on making photographs in the street

The veteran photographer dishes on how he makes his pictures. 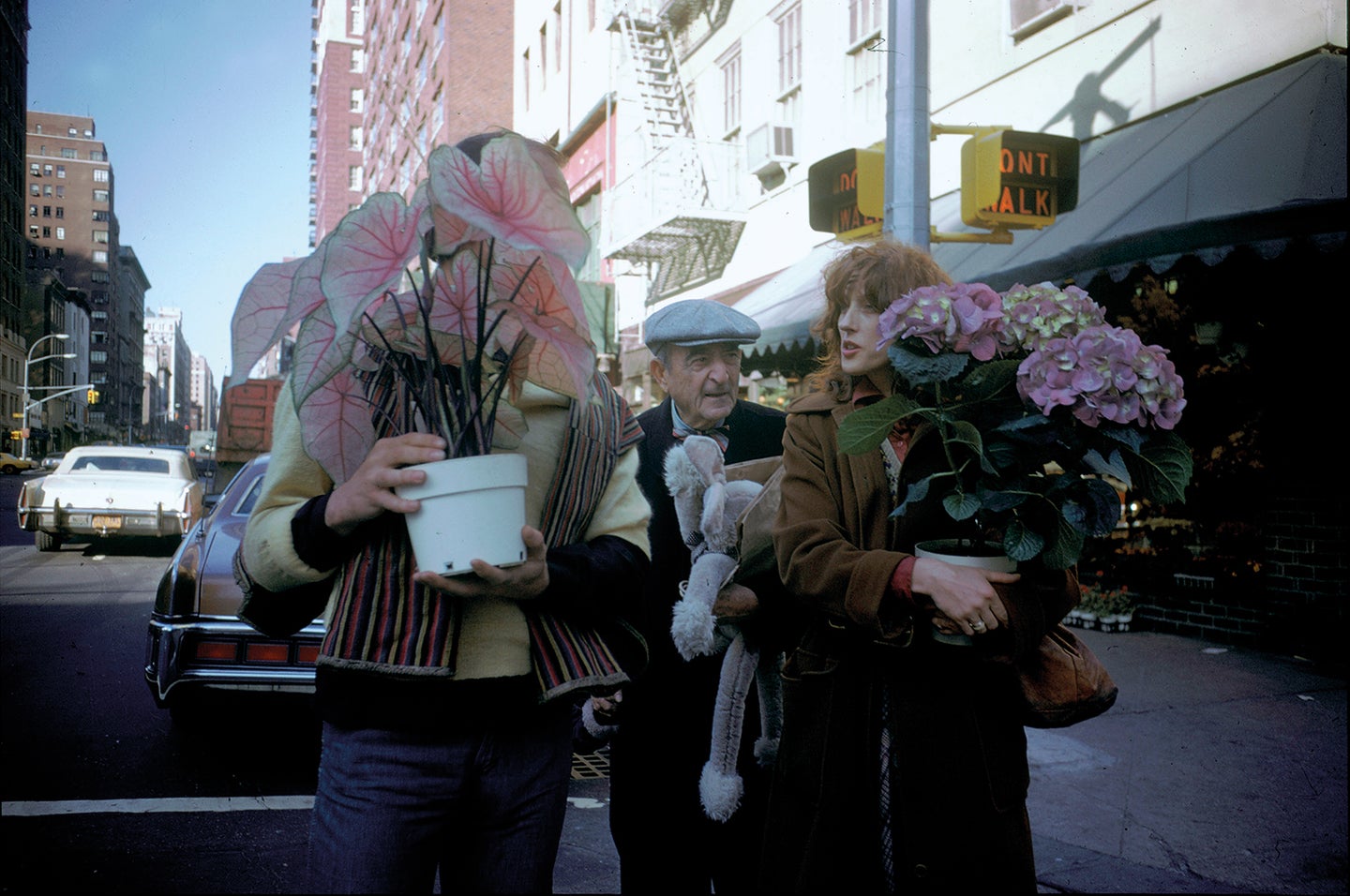 Although the sidewalks are relatively empty these days, it wasn’t that long ago that the streets of New York City were bustling with activity—and potential pictures. Joel Meyerowitz has been photographing New York City since 1962 and is seen as one of the pioneers of street photography. This September he will release a book on the topic called How I Make Photographs. The book can be pre-ordered through Bookshop.org with proceeds going to support the independent bookshops that are currently suffering due to the COVID-19 outbreak. Below is an excerpt from the book.

So how do you go about making a street photograph? First of all, you must have an appetite for life on the street. The street is chaos. If you are comfortable in chaos, you’ll find your way. When you’re on the street, it’s important to be able to see across the entire frame. You own the territory that you see when you look through the viewfinder of your camera. One of the most interesting qualities of street photography is making connections between things that are not related, because when you put the frame around them you create a new relationship.

One of the great fears that everyone has is that if they take a picture of someone on the street, that person will be insulted, or will attack them. But the fact is, a simple smile and being good-humoured goes a long way. So if you’re on the street and everything you see when you’re taking pictures makes you smile, you’re already a softer, more approachable, more human person. People won’t feel negative toward you. But if you’re standing there with a 200mm telephoto lens that you’re waving in someone’s direction and they catch sight of you, they’re going to be on their guard and maybe even angry. They’re going to say, ‘Hey, get out of my way.’

Being quick and being happy and excited about what you’re doing sends out an aura of, ‘This person’s OK. I don’t have anything to worry about.’ What is important is intuition, being positive, having a sense of humour and being in the right place at the right time. Always have your camera turned on and its lens cap off. Touch the button frequently, if it’s a digital camera, so that it’s always ready to shoot. All these things are part of your basic preparation for being a photographer on the street.

There are a lot of subjects that people think are off-limits: you shouldn’t photograph people with infirmities, for example. Opposite (top) is a photograph that illustrates my feelings about this. I was walking down the street and I see a guy carrying flowers. I keep walking to find a position to make a photograph. At the moment I get near the guy, a woman with a big bandage across her nose appears next to him in the crowd. So I made a photograph. People might say, ‘Oh no, but she’s, you know, look how she looks.’ But it doesn’t matter. It really doesn’t. In a way, photographing people with infirmities or injuries is, at its most basic, acknowledging their existence.

We must be humble enough to recognize that we’re all humans, and we come in every shape, size and colour. You’re not making fun of anybody; you’re telling it like it is. This is how the world looks, and these are the ways people interact. I believe every-one is fair game as long as you’re not trying to take advantage or being cruel. From a humanistic point of view, the sweetness of photography is its capacity to embrace everybody in every kind of situation and to make works that come from the heart. That way, what you say through your pictures to the world at large is that you are warm-hearted, generous, sympathetic, vulnerable and open. This doesn’t mean you can’t be tough about getting what you see, however. Street photography is a tough field to work in, and demands a sharp eye and a resilient nature.