Peter Read Miller on what it’s like to shoot with Canon’s new flagship DSLR. 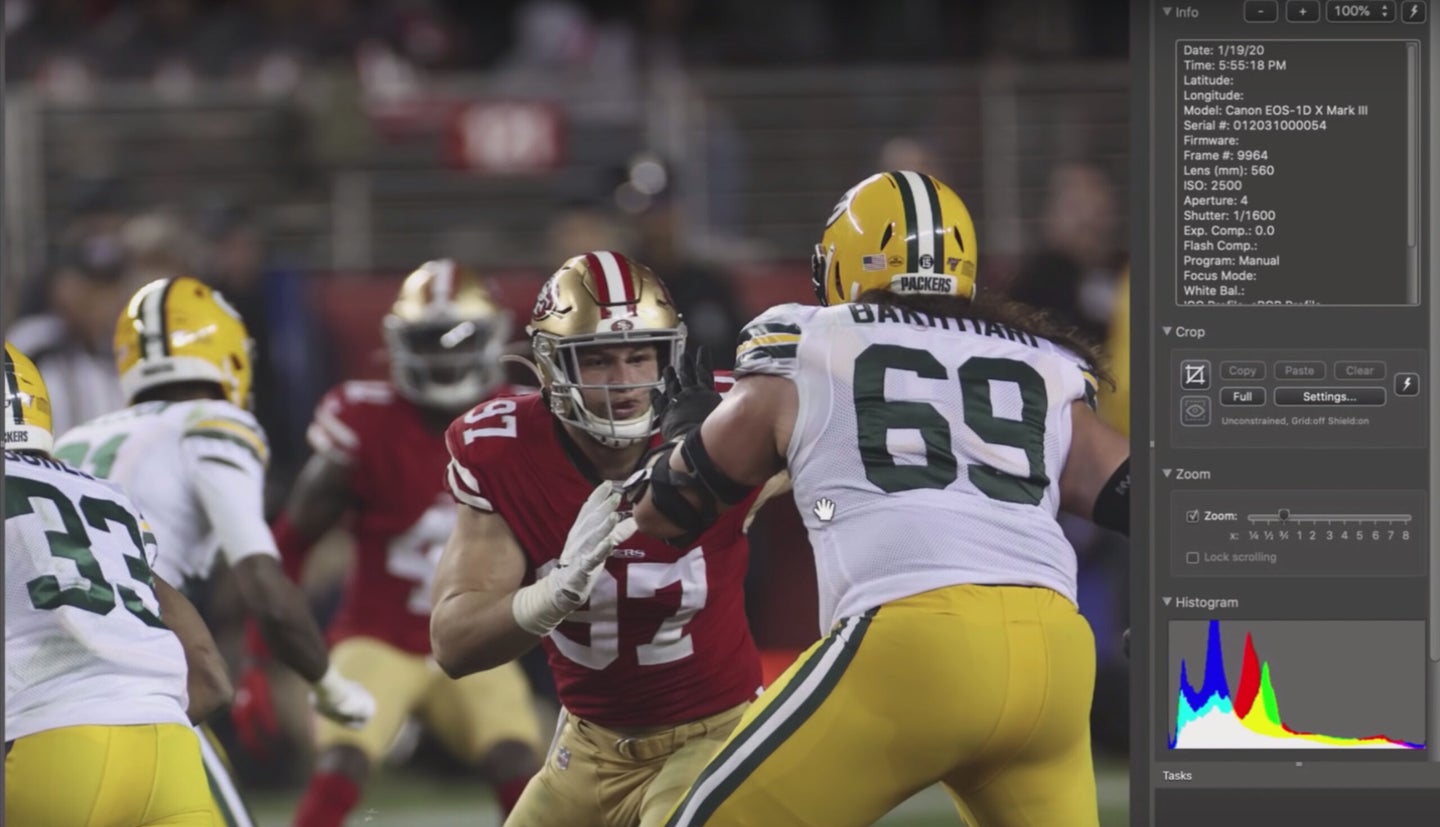 Canon new flagship DSLR, the 1D X Mark III, comes with plenty of technical advances in video and Live View shooting. Ultimately, however, this is a camera purpose-built for professionals covering the kinds of fleeting moments that happen inside sporting arenas, over-the-top events, and during breaking news. Professional sports photographer Peter Read Miller, who has worked for Sports Illustrated, The Associated Press, and The NFL, had a chance to use the camera during two NFL playoff games and recently shared his thoughts in a deep-dive YouTube review.

The 18 minute long review digs into a whole lot of technical info and Miller recommends that everyone should check out the official White Paper on the camera—he read through it nearly five times—to get a grasp on all of the changes inside. One of Miller’s favorite technical advances is the increased buffer. “I judge a camera in the manner that I use it,” Miller says before holding down the shutter button for a pleasing continuous click. That’s thanks to the new CF Express cards that the camera is using— which are sure to be a big win for sports shooters who don’t want to miss a game changing interception or a game winning touchdown.

The new New Smart Controller built into the AF-On button for faster auto-focus point selection is another clever feature that Miller appreciates.

The most fascinating aspect of his review is how he takes you through his frames to show off the 1D X Mark III’s abilities. Miller used the camera to photograph two recent NFL playoff games: The 49ers vs the Packers and the Titans vs The Ravens. During his review he clicks through a variety of pictures and demonstrates how well the camera was able to track and hold focus throughout the games.

The new camera features face and head detect, a setting that is going to be great for football. “Especially when guys like Marshawn Lynch wear those full face masks, this will still find the head,” Miller explains. The camera features eye-detect too, but that feature only works in Live View, which isn’t a mode that professional sports shooters often find themselves using.

“I’ve gone through every generation of Canon camera since the EOS, the film EOS, and I’ve seen the auto-focus improve bit by bit,” Miller says. “But this is a big improvement—a game changer.”

That game-changing auto-focus tech means that rather than shooting using a spot focus the camera shoots in large zones and decides what elements inside the frame are going to be the most important. For a lot of shooters it may seem counterintuitive to rely so heavily on the computer inside to make the right decision, but based on the frames that Miller shares the updated auto-focus works incredibly well.

Check out Miller’s full review in the video above. We’re guessing at least a few photographers will be shooting with this beast during the big game on Sunday night in Miami and we can’t wait to see the results.