Negative Supply and Brooklyn Film Camera are teaming up on a unique device for instant film photographers. 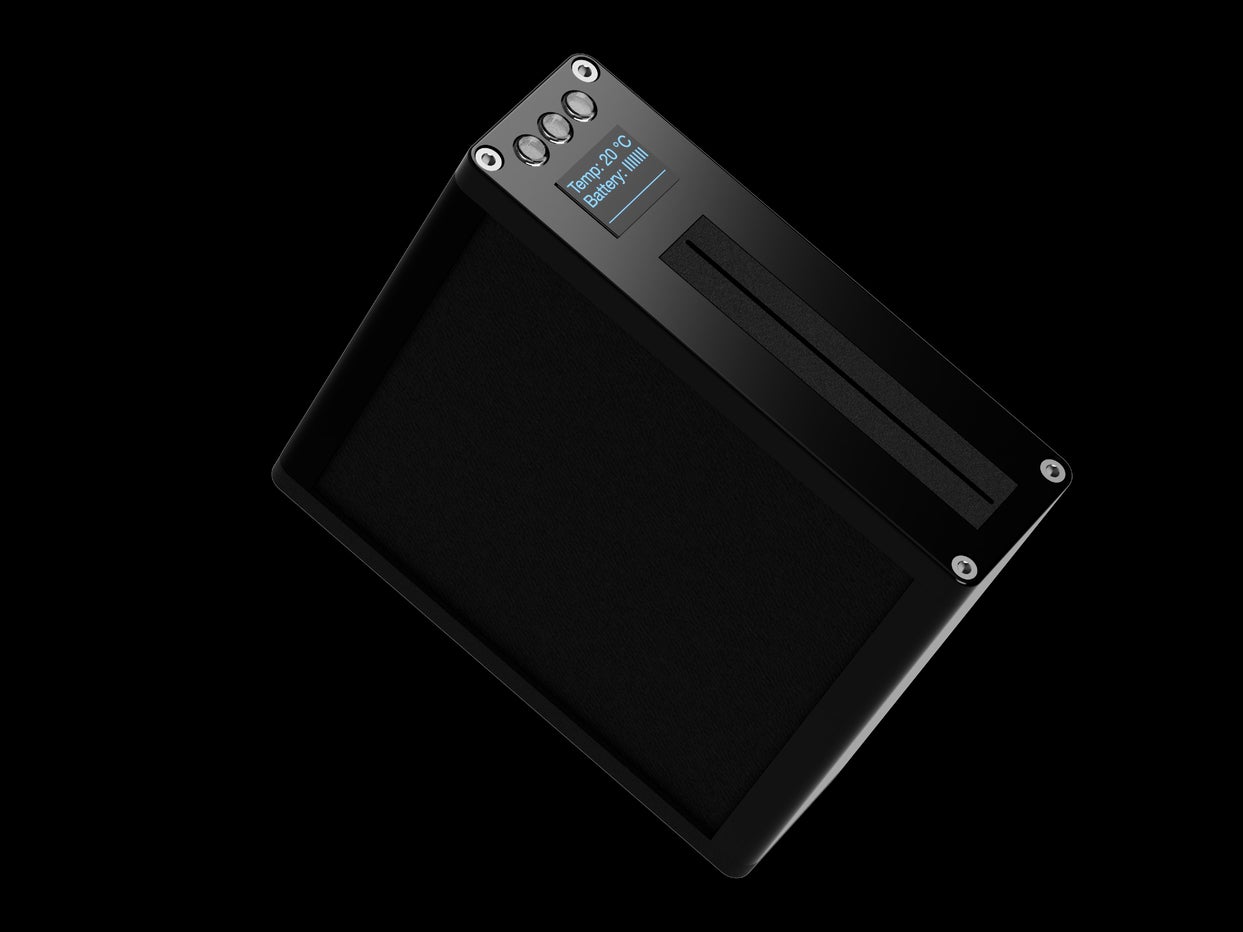 Slip a Polaroid in the slot on the front and it'll stay warm and dark until it's done developing. Negative Supply
SHARE

Decades ago, when peel-apart instant film was common, Polaroid used to ship its units with a pair of curved metal plates that fit inside the camera’s cover. When you were shooting in the cold, you’d pull the freshly taken image out of the camera, sandwich it between the metal plates, then squeeze it into your armpit to keep it warm. It sounds weird, but temperature and light exposure can have seriously negative effects on instant photos like Polaroids or Fuji’s Instax shots. Now, Brooklyn Film Camera and Negative Supply are teaming up on the Instant Processor: a much more modern version of the setup that doesn’t rely on your armpit.

The company hasn’t released full specs for the device just yet, but it will be hitting Kickstarter soon. While we’re often cautious about sharing projects that rely on crowdfunding, Negative Supply has had tremendous success using platforms like Kickstarter to back products in the past, including its high-grade negative holders for scanning film with a mirrorless camera.

From what we can tell from some initial social media posts, the Instant Processor will have a built-in, rechargeable battery and a slot on the front so you can insert your photos as soon as they eject from the camera. The temperature-controlled area inside is completely dark, which prevents stray light from hitting the paper and chemicals as the photographic magic happens.

If this sounds like an extremely niche product, that’s because it is. But, instant photography remains as popular as it is finicky. Try to develop a Polaroid when it’s too cold and bright out and you’ll likely find that you get a shot with low contrast and an unpleasant (often blue-ish) color tint. A device like this prevents that from happening. And with Polaroid film checking in somewhere around $2 per sheet, it may be worth the extra investment to ensure those photos come out looking as they should.

If you’re not going to buy an elaborate print toaster to carry around in your bag, there are other ways to address the issue. We typically recommend that people quickly stick their print in their back pocket to protect it from light and siphon a little extra warmth from your butt to encourage the development process. Just remember to take it out of there before you sit down so you don’t wrinkle the print. And, for the love of Edwin Land, please don’t shake your instant photos.

You can follow Brooklyn Film Camera and Negative Supply on Instagram to find out when the Instant Processor will go up on Kickstarter for orders.