Meet the Fujifilm X100V, a premium compact camera for everyday use

Everything you need to know about the fifth generation X100 camera. 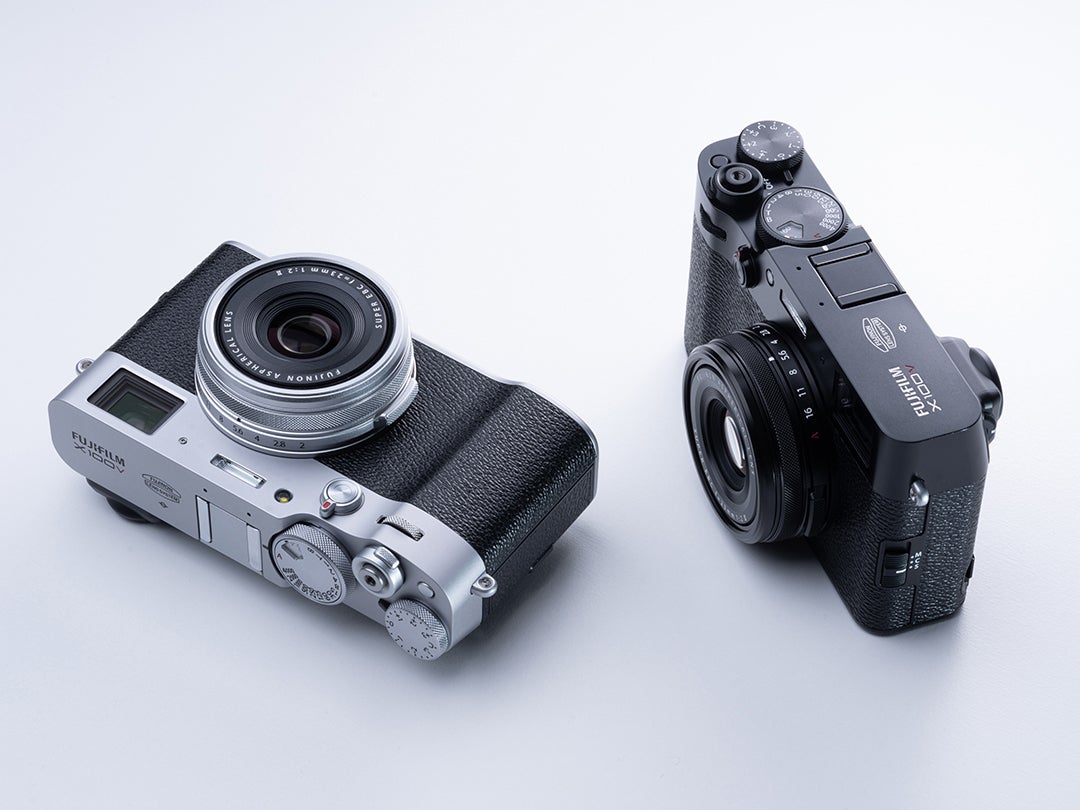 This afternoon, during the Fujifilm X Summit, the company announced the forthcoming X100V camera. Like its predecessors, the new model is a premium compact, but it comes with some major internal upgrades. The camera features a brand new, fixed 23mm F/2 lens and is built around the latest generation 26.1 megapixel X-Trans CMOS 4 sensor and X-Processor—for those keeping score that is the same processor that can be found in Fujifilm’s recent cameras like the X-Pro3 and the X-T3. The X100V has an advanced hybrid viewfinder, a 2-way tilting LCD screen for composing and reviewing your shots.

The camera’s top and bottom plates are milled from a single piece of aluminum, giving the camera body a clean edge. The dials on the top of the camera have been streamlined. The ISO dial has an added locking feature and, for the very first time, the camera comes with an optional lens adapter that makes the camera weather resistant—although adding it does make the lens profile slightly larger.

The newly designed 23mm lens has 8 elements in 6 groups, including 2 aspherical elements, an internal ND filter with 4 stops and a max aperture of F/2.0. The lens still maintains the compact size that X100 cameras are known for. The new lens paired with the updated X-Processor means enhanced auto-focus that can detect face and eyes down to -5EV.

The X100V will be available in black or silver-and-black at the end of February for $1400.