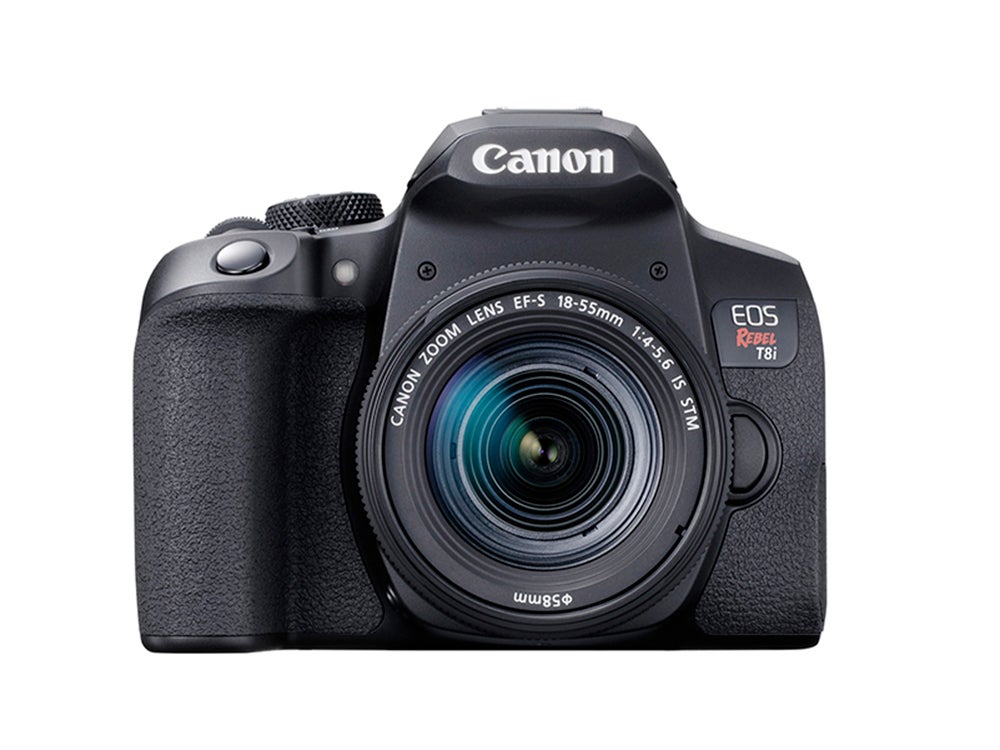 The EOS Rebel T8i is built around a 24-megapixel APS-C format CMOS sensor and has a new Digic 8 processor for 4K video shooting and 7fps continuous shooting. Canon
SHARE

Canon has a new Rebel DSLR on the way with features that were only previously found on its higher-end DSLRs. The EOS Rebel T8i is built around a 24-megapixel APS-C format CMOS sensor. It features Dual Pixel CMOS autofocus, 45-point all cross-type AF, and a 220,000-pixel AE sensor. A new Digic 8 processor inside the camera means it can shoot 4K video and offers 7fps continuous shooting. The camera features Face and Eye-Detection in live view and video modes. The new AE sensor means face detection works through the viewfinder as well. It shoots vertical video as well.

The features make this one of the most powerful Rebel cameras that the company has ever released—making it a promising tool for ambitious amateurs. Bluetooth and WiFi are built in which makes sharing your images and videos a breeze. The camera is available now for $750 (body only) or for $900 when bundled with the EF-S 18-55mm F4-5.6 IS STM lens.