The two photographers explore the borough they call home in The City Within. 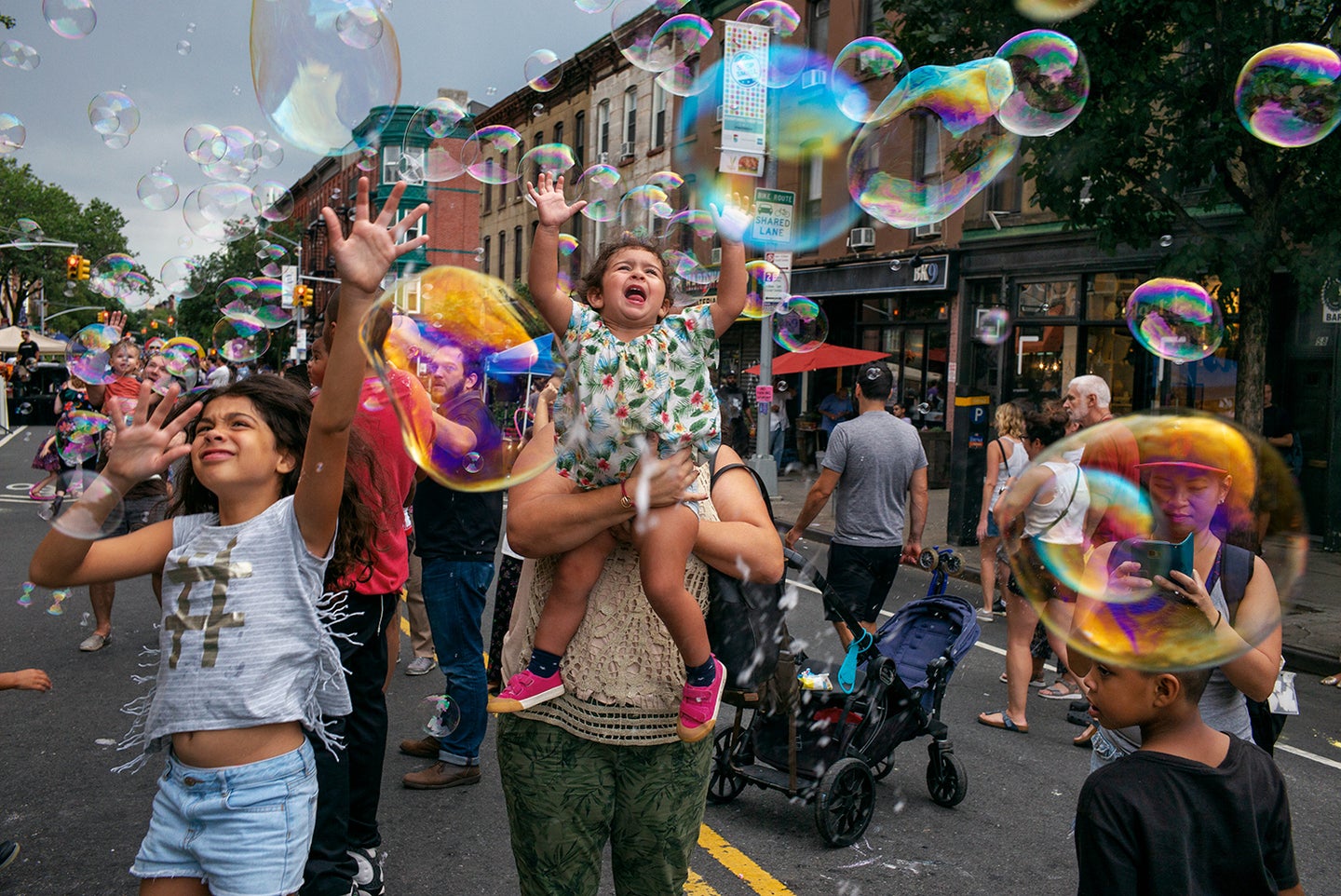 In 2014 Alex Webb and Rebecca Norris Webb started a collaborative photo project focused on Brooklyn, the neighborhood that they call home. Although it may be easy to write Brooklyn off as the overhyped home of hipsters, Brooklyn is a whole lot bigger than what was happening on Bedford Avenue a decade ago. For The City Within, the Webbs traversed every corner of the borough to present a multifaceted picture that includes stories of immigration, nature, community, and home.

The collaborative project opened at the Museum of the City of New York last Tuesday. Unfortunately the museum closed its doors a few days later due to the global Coronavirus outbreak. The show was set to run until September 20. Luckily for all the folks stranded at home during this time of social distancing and self-quarantine, the project was released as a book last fall. We caught up with the Webbs via email to learn more about the project.

What prompted you to start photographing Brooklyn?

Alex Webb: About six years ago, Rebecca and I realized that we’d eventually be leaving Brooklyn, the place we’ve called home for some 20 years. Then it sunk in just how difficult this transition was going to be, because Brooklyn is where we began our life together and where our creative collaborations arose a decade ago. So, our response was to photograph the borough in our own individual ways as a kind of creative farewell to Brooklyn.

Why was it important to include all of the neighborhoods that make up Brooklyn?

Rebecca Norris Webb: No one project can capture all the worlds that make up Brooklyn. At best ours is just one more voice—or, in our case, two voices—added to the chorus that is Brooklyn.

Alex Webb: We never envisioned this project as a complete overview of Brooklyn, but as a creative conversation between our two distinct, personal visions of the borough. It’s a nod to the long history of creative conversations between artists in Brooklyn, including Walker Evans and poet Hart Crane, who collaborated on The Bridge, a book-length poem published in 1930 about the Brooklyn bridge that combines Crane’s words and Evans’ photographs.

That said, largely out of a sense of curiosity, I did try to visit most Brooklyn neighborhoods. But the world is unpredictable and only gives a photographer so much. So while I’d hoped, for example, to pull an intriguing image out of the Christmas extravaganza in Dyker Heights, I never managed to do so. For me, photographing in the street is 99.9% about failure. I find that for this kind of spontaneous photography one relies heavily on serendipity.

Was there anything surprising that you discovered while working on the project?

Rebecca Norris Webb: Who knew that there were crayfish in the ponds of the Brooklyn Botanic Garden? And it still astounds me that Prospect Park’s Long Meadow remains one of the longest, unobstructed urban meadows in the world, thanks to the visionary Frederick Law Olmstead, who designed the park some 150 years ago.

Alex Webb: Although I’d lived in Brooklyn for years, I’d never visited many of its neighborhoods. When I started this project, what did I know of Bushwick or Bath Beach or Mapleton?

Alex Webb: Our editing process—whether for individual projects or collaborative projects—starts the same way. Each of us first edits our individual work solo. Then we show the rough edit to the other person for comment and discussion. There’s always a back and forth, and inevitably some disagreements. However, we find that over time—time being the best editor—we almost invariably come to an agreement. We also maintain a house rule: the individual photographer always has the final say about his or her own work.

What was different about this project from our four earlier collaborative projects—including Violet Isle: A Duet of Photographs from Cuba and most recently Slant Rhymes—is that our work is not interwoven. In the Brooklyn book, Rebecca’s work lies in the center of the book, with a slightly different trim size than mine. This reflects the geography of the borough: Rebecca photographed the three green spaces that lie in the heart of Brooklyn—the Brooklyn Botanic Garden, Prospect Park, and Green-Wood Cemetery. I photographed the various neighborhoods around all those green spaces. In the exhibition at the Museum of the City of New York, her work graces one wall, mine another, creating a kind of dialogue between our two visions of Brooklyn.

Rebecca Norris Webb: We often talk about how editing books is akin to music. In the case of Brooklyn, it’s like a piece of music in three movements, distinguished by their differences in rhythm. Beginning and ending the book, Alex’s vibrant street photographs—with their often-crowded frames—have a sometimes staccato, sometimes contrapuntal, more allegro tempo. My images in the middle of the book strike a quieter, more meditative note, echoing the rhythm of walking through these green spaces—a slower, more andante tempo.

What do you think you will miss most about Brooklyn when you leave?

Alex Webb: The energy and complexity of a multicultural borough, a place where a variety of people manage to live side by side despite their many differences. In today’s increasingly tribalized and polarized world, that’s a welcome relief.

Rebecca Norris Webb: I’ll miss walking in Prospect Park in a snowstorm, when it’s hard to tell exactly where you are—or even what century you’re in. Four years ago during Winter Storm Jonas, I recall trudging across a snow-packed Long Meadow. It was so quiet and unpeopled, it reminded me of blizzards I’d experience growing up in South Dakota. As I stopped to photograph two cross country skiers in Long Meadow, I remember wondering: How many of us—this moment in Brooklyn—find ourselves inhabiting two worlds at once?