No US release is slated for Sony's latest fixed-mirror camera 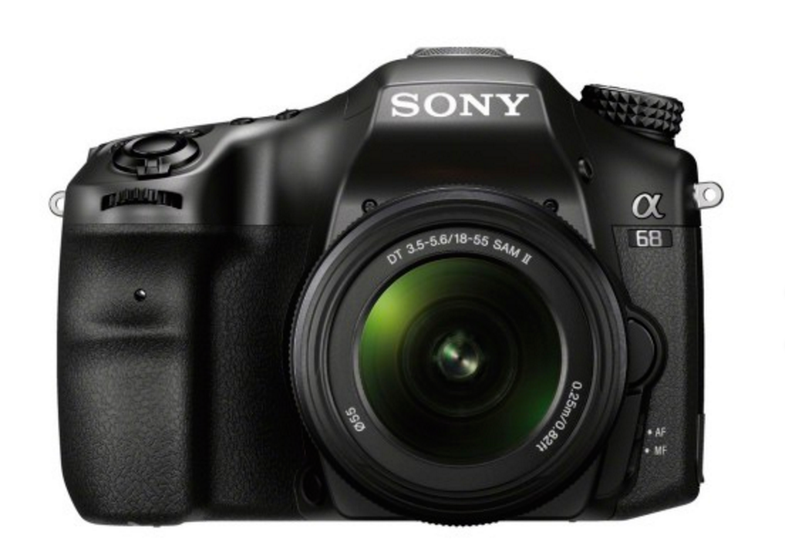 For a while now, it has been the mirrorless cameras in the spotlight in the Sony cameras lineup. The A-series does live on, however, and today Sony Europe announced the A68 camera with a trailscent mirror. There’s no official word from Sony on plans for a US release (we asked), but it’s still a fairly interesting development.

The big new addition in the A68 is what Sony is calling 4D focusing, which they claim can operate continuously while shooting up to 8 fps, even in low-light situations. Sony hasn’t exactly been slacking off in terms of AF performance in any of their cameras recently, so I suspect that won’t change here. The phase detection AF system has 79 individual points.

The camera itself is built around a very familiar 24-megapixel APS-C sensor and uses an electronic viewfinder in conjunction with a stationary pellicle mirror for composing and reviewing shots. The back of the camera has a 2.7-inch TFT LCD screen that tilts both up and down.

When it goes on sale overseas, it will cost 600 Euro, which is about what you would probably expect for a relatively entry-level, DSLR-style camera.