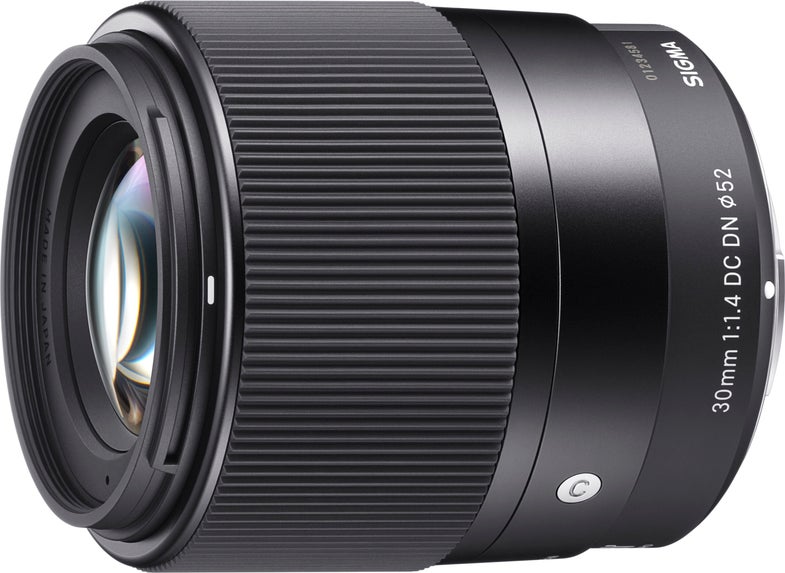 We recently had the chance to shoot with Sigma’s 30mm f/1.4 DC DN Contemporary lens. Designed for mirrorless cameras with APS-C-sized or smaller sensors, our sample came in Sony’s E-mount, though the lens is also available for Micro Four Thirds bodies. The lens has a nicely sized focusing ring covered in ribbed rubber that was comfortable to use while providing plenty of grip. Focusing is done by wire, which is to say that turning the ring sends an electrical signal to a motor in order to achieve focus. Communication with the body was rapid enough that the electronic focusing wasn’t detrimental to our shooting. We were able to place focus where we wanted to easily with the help of the focus assist zoom on the Sony A6300 body we used for this sample gallery.

The lens is constructed of nine elements in seven groups with one aspherical and one double-sided aspherical element. In case you’re wondering, the double-sided aspherical element has an aspheric shape on both sides of the element. The lens has threads for 52mm filters, can focus as close as 11.8 inches and has a maximum magnification of 1:7. The minimum aperture is f/16 and the lens uses nine rounded aperture blades, generating some really nice, and rather smooth, bokeh. Another plus is the lens’s small size (2.6×2.9 inches) and light weight (9.3 ounces). It was well balanced and comfortable to carry around for hours on end when mounted on the A6300.

While we usually prefer to show JPEGs straight from the camera (and sized down) for a sample images, we accidentally shot all of them in RAW only. As such, numerous, though mostly minor, adjustments were made during RAW processing and then the images were sized down for these.