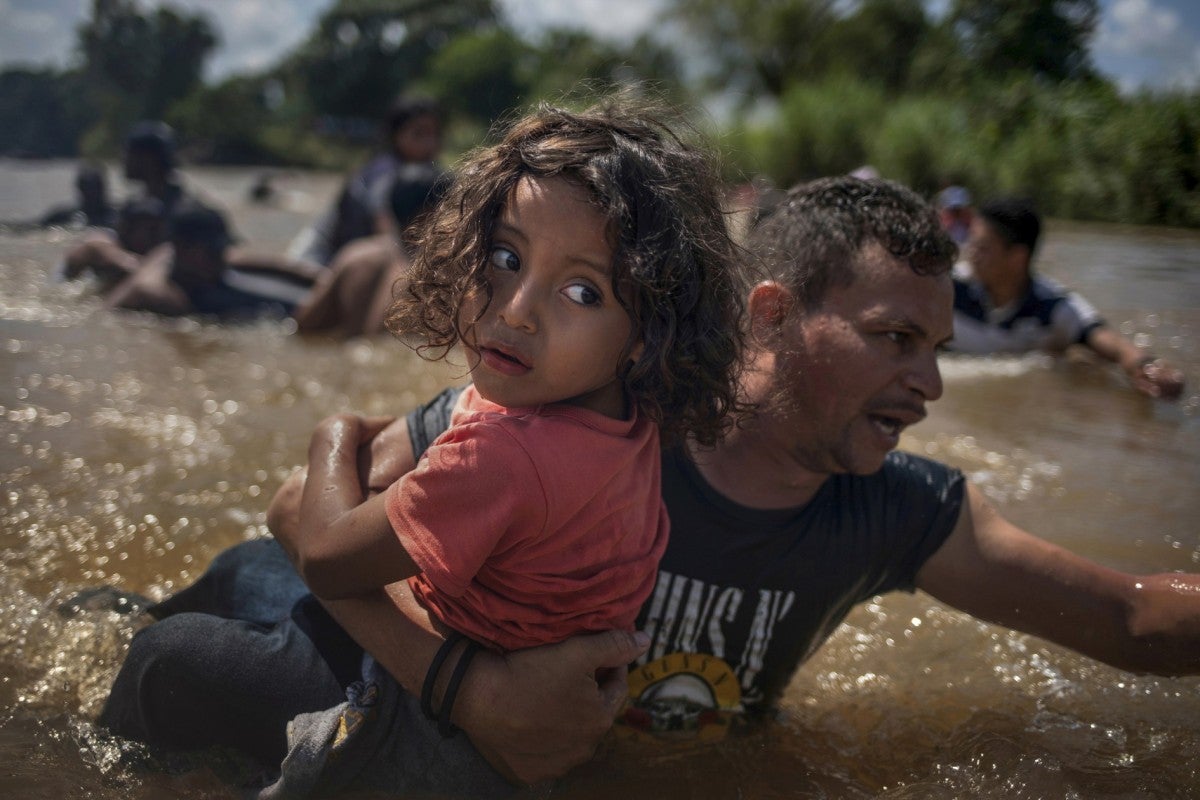 Luis Acosta, helps carry 5-year-old Angel Jesus, both from Honduras, as a caravan of migrants from Central America en route to the United States crossed through the Suchiate River into Mexico from Guatemala in the outskirts of Tapachula, Mexico, October 29, 2018. A second caravan of migrants bound for the U.S. border waded through the Suchiate River into Mexico after they clashes with Mexican police at the border bridge. Dozens were injured and one was killed by a rubber bullet. Adrees Latif
SHARE

The Reuters team earned the first place win with coverage of migrants from Central and South America seeking asylum in the United States. The judges commended the team on the “vivid and startling visual narrative” that depicted “the urgency, desperation and sadness of migrants.” The winning group included images from Goran Tomasevic, Adrees Latif, Ueslei Marcelino, Edgard Garrido, Kim Kyung Hoon, Mike Blake, and others.

Lorenzo Tugnoli of The Washington Post earned his first place Feature Photography win for his coverage of the famine in Yemen. The body of work was originally in the Breaking News category, but moved by the jury into the Feature Photography category. Tugnoli lives in Beirut and has covered the Middle East extensively. The judges praised his work for images where “beauty and composure are intertwined with devastation.”

See all of 2019 Pulitzer Prize winners and the finalists at www.pulitzer.org.