The Seawolf Is an Actual Submarine For Your GoPro Camera

Deeper depths for those with deeper pockets 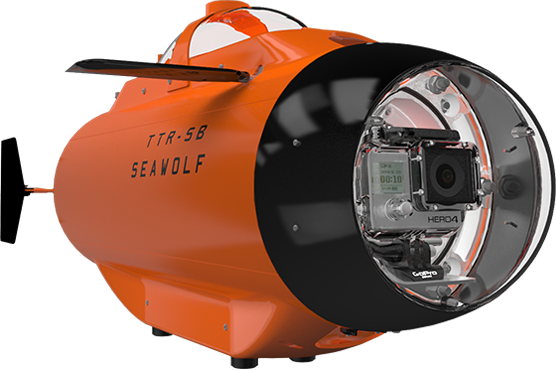 By now, we’re used to seeing all kinds of drones that can take a GoPro camera up into the air, but the TTRobotix wants to take it under the sea. The Seawolf is a remote control submarine that features an integrated GoProp mount.

The two-foot long Seawolf works up to 26 feet below the water’s surface and reaches a top speed of roughly 2 mph. A built in battery will keep it running for 50 minutes. The sub comes in two versions: one for fresh water and one for salt water—because apparently that makes a difference in terms of transmitting radio waves. The GoPro sub will be available in August and cost approximately $1,000.