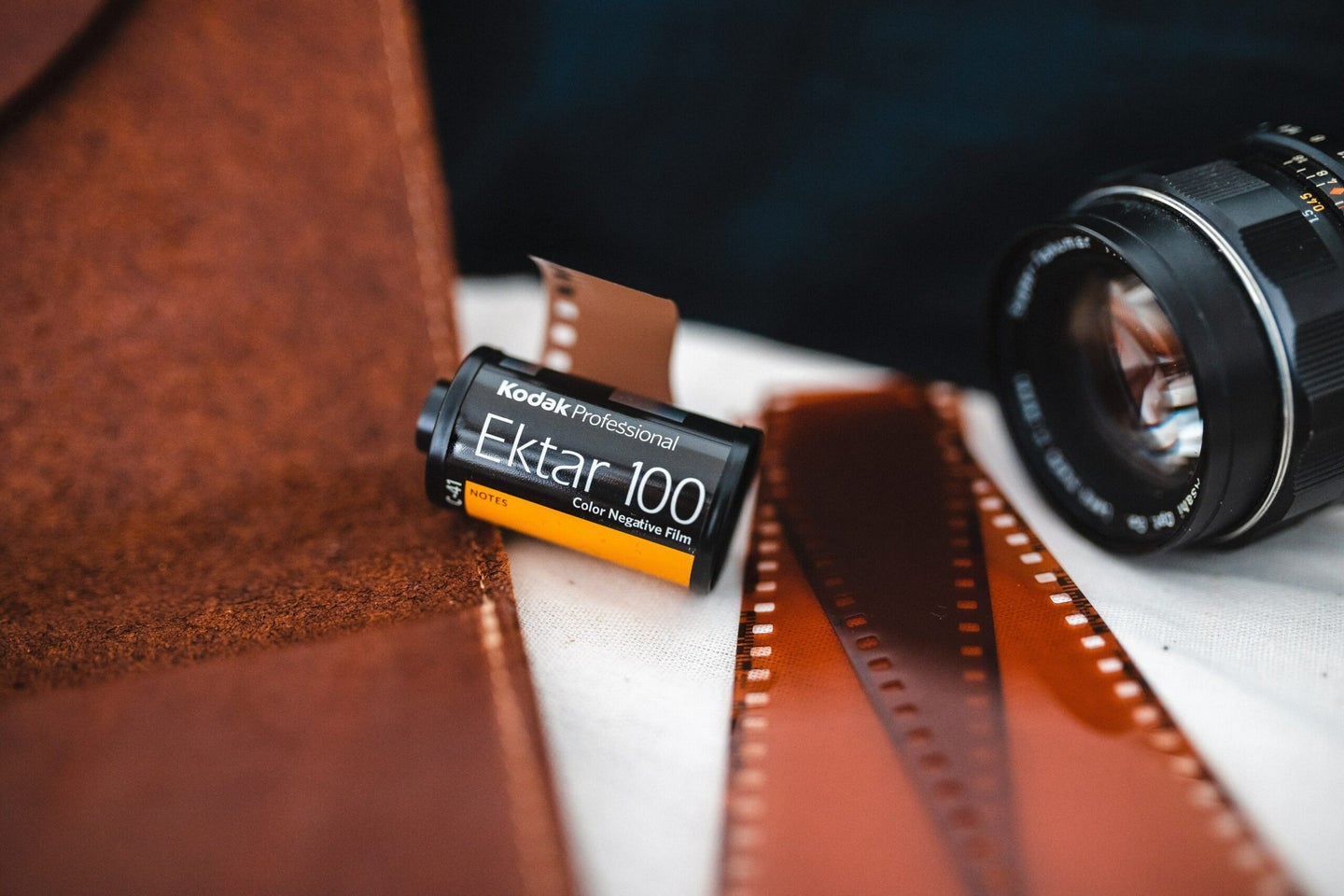 Discover the magic of film photography with these color film stocks.

Color film was one of the most popular photography products in the pre-digital era. If you were born before the early 2000s, chances are the images that you associate with your family memories were all shot on color film. The best film comes in a variety of speeds and formats and selecting the best film stocks for you depends a lot on what you plan to shoot, the time of day you will be shooting, and what camera equipment you will be using. 35mm film is the most popular of film sizes and what you will want to use if your film camera is an SLR, a point and shoot, or most rangefinders. Most films also regularly come in the 120 format, which is the correct size if you are shooting with a medium format camera.

One of the most appealing aspects of shooting with color-negative film is that it typically is very forgiving when it comes to over-exposures. If you are new to film photography this is helpful because it means that even if you aren’t nailing perfect exposures while shooting your images will still turn out—it’s one of the reasons that disposable point and shoot cameras typically come loaded with a roll of film. Using a film camera that has automatic metering and a pop up flash will certainly help keep things properly exposed, but most film stocks are forgiving enough that you will be okay even if you are using a fully manual camera. Slide film offers extremely rich colors, but is decidedly less forgiving.

There are many varieties and they typically differ in speed and the ways in which it reproduces colors. Film speed also known as ASA is similar to setting the ISO on your digital camera. A slow speed 50 film will need to be used in bright sunny conditions, while a 400 speed film can be shot indoors or outdoors. As film speed increases so will the film’s grain. The majority of films fall somewhere between 160-800 ASA.

Before loading a roll into your camera you should consider what you will be shooting and what the lighting conditions might be like. If you are planning on shooting your roll of film inside you will probably want to avoid something with a slow ASA speed and opt for a 400 speed roll of film instead. Underexposed images on film tend to look washed out and grainy.

The other thing to consider when selecting the right film for you is the color pallet. Every film stock renders colors a bit differently. Color slide film is typically known for its bright, saturated colors, for which many shooters consider it the best choice for landscapes. A 400 speed film like Kodak Portra is typically the best film for portraits because of the way it renders skin tones. Consumer films will typically be the best for beginners because of the neutral color reproduction and the cheap price.

Kodak Portra 400 is a popular choice for portrait photographers because of the way it renders skin tones. It’s a versatile film stock that offers a fair amount of leniency when it comes to exposures, making it a great option for photographers who are just getting started shooting film. It’s a bit more expensive than the color rolls you might find on the shelf in a drugstore, but the results are beautiful. Some photographers like to intentionally over or under expose it to change the look.

This C-41 film stock from Kodak is reminiscent of the vivid colors typically only found in color slide film, but at a cheaper price point. This low speed option has very fine grain and reproduces color in a way that is closer to what you get with a digital camera. It’s available in both 35mm and 120 so it will work with whatever camera gear you have, even if you’ve stepped up to a medium format film camera.

Fujifilm’s Velvia stock is the best if you are interested in shooting dramatic landscapes, but it’s also an excellent option for capturing vibrant spring and summer days. Color slide film isn’t as lenient when it comes to exposures, is one of the pricier options on the market, and is typically more expensive to process, but in the right lighting conditions, the results are beautiful. Fujifilm has been slowly paring back its film offerings, so if you want to give it a try, we recommend you do it sooner than later.

A filmstock made for photographers who prefer things to get a little strange. Dubblefilm specializes in films that introduce unique and unexpected pops of color into your images. Jelly 200 will introduce rainbow hues into your film photos. This is an excellent film for anyone who is looking to experiment while shooting and lean into a more playful look.

This medium-speed, daylight-balanced film is one of the best deals you can get for a roll of film. It’s typically sold in packs and averages about $5 per roll. The colors won’t be as vibrant as some of the other film stocks on the market, it’s much more subtle, but when it’s exposed well it does have a very pleasant warm vibe to it. It also comes in 24 shot rolls as opposed to 36, which is handy if you like to change film frequently or it takes you a long time to work a roll through your 35mm film camera.

Choosing the best film speed for you has a lot to do with the conditions where you are planning to shoot the roll of film. Film speed (also known as ASA) is comparable to the ISO setting on a digital camera. A film speed with a high ASA will be better suited to use indoors or in low-light situations, while something with a lower ASA will be better to use outdoors in sunny conditions. Generally speaking a 200 speed film is one you would want to use outside on a sunny day or with a flash. A 400 speed film can be used indoors or outdoors on a overcast day.

Q: What film is the best for night photography?

If you are shooting at night without lights or a tripod you are going to want to pick up a very high speed film. Most stop at 800, although you can get black and white films up to 3200. If you are planning to use a tripod and make long exposures at night you can use a film with a lower speed and still get results.

Slide film was traditionally used by nature photographers to get vibrant colors in their scenes. It’s typically more expensive than negative film, isn’t as lenient when it comes to exposures and is processed using the more expensive E-6 chemicals. Color negatives or C-41 film is more widely available, less expensive and typically less expensive to process. You can over-expose negative film by several stops and still get a usable image. In the end, though, the best film stock is the one you enjoy using the most.

If you are just getting started with photography, choosing an inexpensive film stock with an ASA range between 200-400 is an excellent place to start. As you get more comfortable with your camera and shooting color film you should experiment with lower-speed films, color slide film and more experimental film stocks. This type of photography is a fun and versatile way to create beautiful memories.