High-end cards aren't cheap, but these deals make them much more affordable. 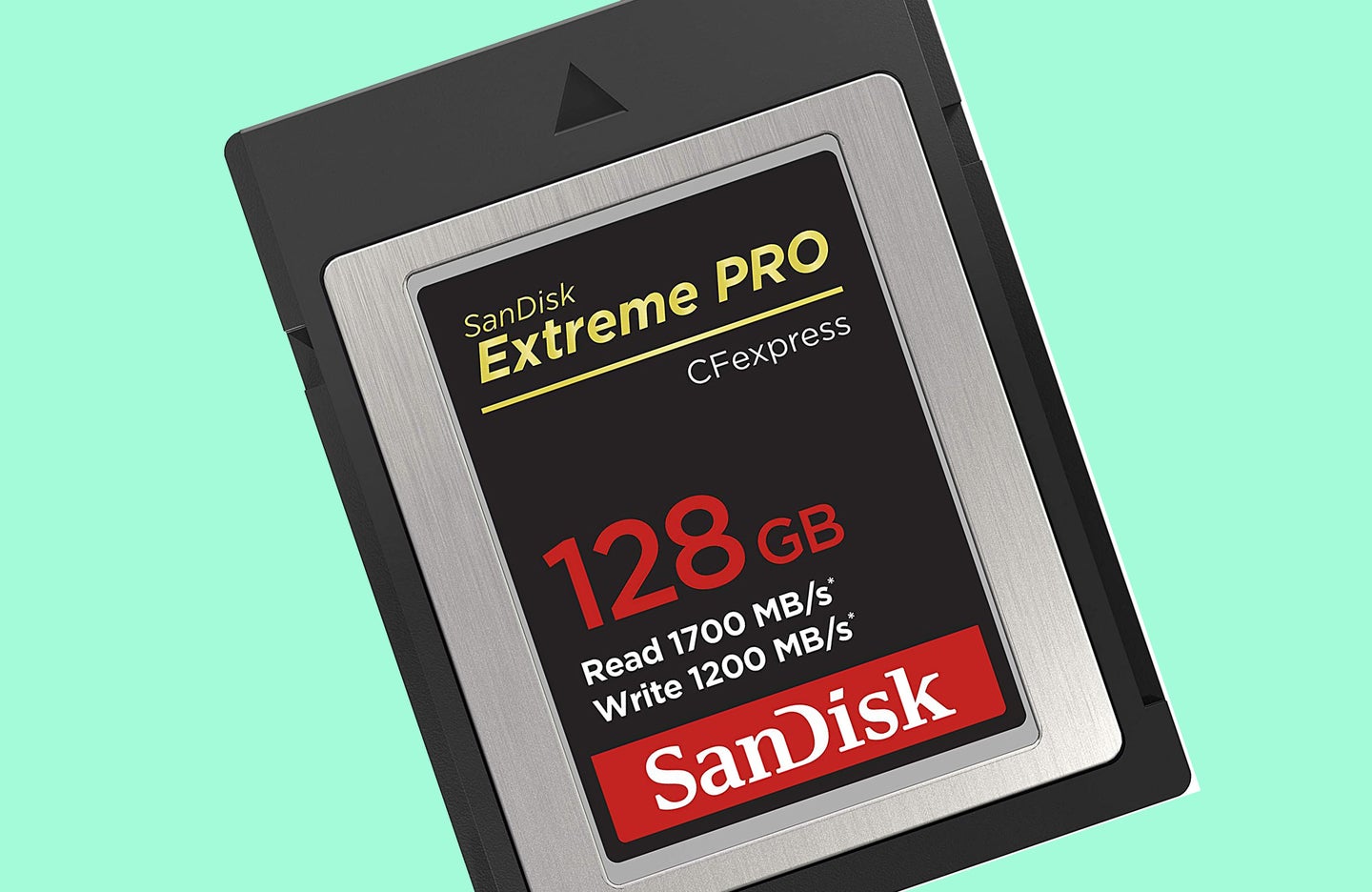 Memory cards are one of those photography items you can never really have too many of (okay, within reason). They are a bit like lip balm; you want to have them stashed in every bag and nook and cranny, ready to be used in those unexpected moments.

While some memory card types like SD cards have become extremely affordable, newer options like CFexpress models can be costly—even for smaller storage capacity. So when a deal pops up, it’s generally a good idea to jump on it. Luckily, you can pick up some of the most reliable memory cards around right now for up to $110 off.

The CFExpress Card Type B is backwards-compatible with certain cameras that use XQD cards, so they’ll work with high-end, data-hungry models like the Canon R5 and Sony Alpha 1. They are one of the pricier memory cards out there, unfortunately, though the speed, stability, and durability you get with them are worth the cost. Luckily the 128GB Extreme PRO version is on sale for 44% off at Amazon.

If you are looking for a microSD for your action camera, this SanDisk 512GB option is a great choice. It is capable of 4K UHD and Full HD video recording at higher framerates, which is great for slow motion. The 512GB version is currently on sale for 45% off at Amazon.

If a bit slower microSD is good enough for you, perhaps for your phone or tablet, Sandisk has their 400GB Ultra microSDXC UHS-I Memory Card with Adapter on sale as well. Head over to Amazon for 36% off.

Many camera models still utilize SD cards and they are well worth having on hand. Though the price has come down significantly over the past few years, high-speed versions can still be costly. Plus, a good deal is never a bad thing. This Lexar 128GB card is currently available on Amazon for 32% off.
SanDisk also has an SDXC on sale, though it is slower than the Lexar. The SanDisk 256GB Extreme PRO SDXC UHS-I Card has a read speed of 170MB/s versus 300MB/s with the Lexar. However, the 256GB SanDisk is 50% off currently, so if your shooting style can handle slower card speeds then this option may be for you.