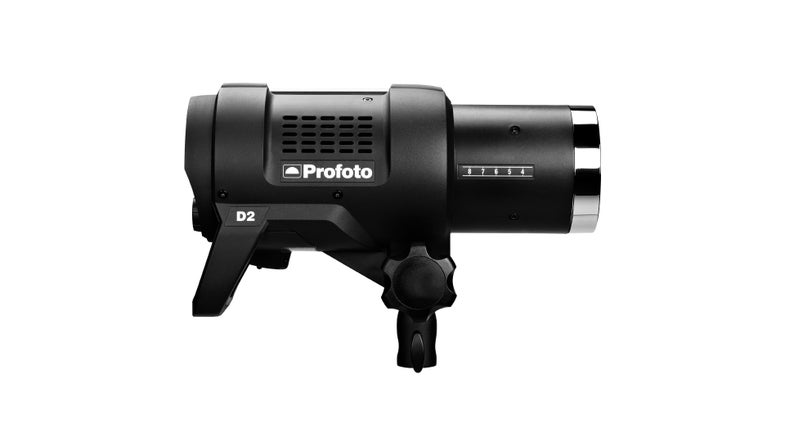 When you start getting into high-end photo strobes, flash duration is an important thing to consider. Shorter durations means a greater ability to freeze action and increased chances that you’ll get that absolute sharpness you want for critical shots. The new Profoto D2 is capable of flash durations as low as 1/63,000 of a second and has built-in TTL to boot.

The new D2 comes in both 500 and 1,000 watt configurations, both of which can also be purchased as part of the D2 Duo Kit, which comes with two heads and a case. They’re moonlights, so they require power from an outlet, so don’t get them confused with the battery-powered B1 and B2 lights.

The interface seems rather familiar, with power adjustable by full stop or 1/10th stop increments. They’re also equipped with a 300 Watt modeling light.

As the title suggests, the TTL is built right in and both lights are compatible with the AirTTL tech found in the B1 and B2. Of course, that requires the optional Air Remote to control the moonlights.

I’m looking forward to giving them a try at Photokina 2016 in a few days.