Before there was Snapchat, there was Fade to Black. 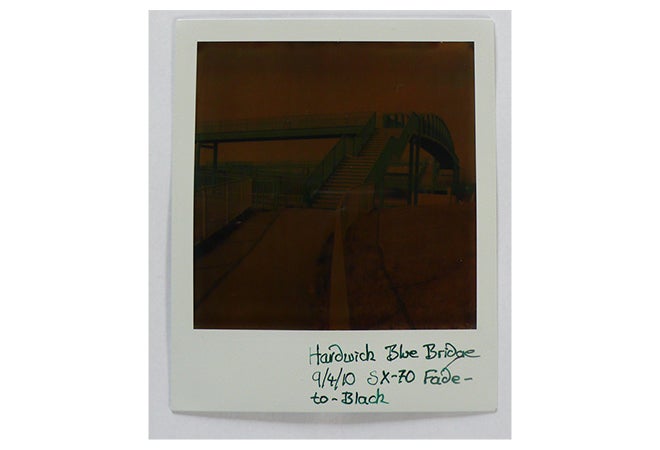 Right now, Snapchat is in the midst of launching an enormous IPO. The digital service has racked up billions of dollars in market value on the backs of photos and videos that disappear after just 24 hours. It’s a flummoxing concept to many photography enthusiasts. We’re capturing images while users on Snapchat or Instagram stories or any number of similar services play catch and release with their smartphone cameras. But, it turns out that the disappearing photo isn’t a new concept. In fact, if you dig into Polaroid’s fascinating stable of retired films, you’ll find a quirky stock called Fade to Black, which was designed to take a picture that completely disappeared within 24 hours.

I first heard of Fade to Black film in the early 2000s when I was shooting a fair bit of Polaroid film myself. I mostly shot Polaroid 55, which produced both a positive and a negative image, which appealed to me as a very broke college student. The idea of taking a picture that was going to disappear seemed crazy.

The image started off looking like a black-and-white photo with a greenish tint. The image would continue to develop, getting darker and darker over the course of 24 hours or so (depending on variables like the freshness of the chemicals and the temperature of the atmosphere) until it was completely black.

Then, in 2016, we were lucky enough to work with John Reuter and the Giant Polaroid camera. Reuter worked for Polaroid for many years and explained that Fade to Black was originally designed for industrial use, so images or documents could be shared, but then they could be discarded without worry about the information leaking out. It’s an explanation that made almost too much sense. I wanted something more romantic.

The film did find some artistic use and was even released as part of the Artistic TZ film series for the SX-70 cameras. If the plastic casing was opened, the actual print could be dried and stopped from developing, though, it often resulted in a bit of damage. The actual prints inside aren’t meant to be exposed to the elements, and they certainly aren’t meant to be handled, so keeping them in good shape was tricky.

Sadly, it seems that the Fade to Black film is totally gone. The Impossible Project made some batches, but that was way back in 2009. And while you can still get a smattering of old and obscure Polaroid films on eBay, a search for Fade to Black comes up empty.

I only ever shot a few frames of Fade to Black and none of them have survived from the early 2000s when they were shot. I don’t have scans of them, either. Like an expired Snap, those images really and truly are gone.