An interesting take on photojournalism through social media 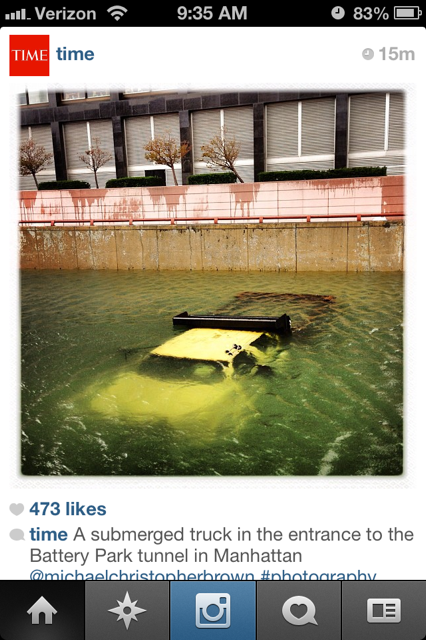 Yesterday, I wrote a post about how many news organizations were taking to the comments on Twitter and Instagram to beg users for rights to use images of Hurrican Sandy. Time, however, took a different — and in my opinion better — approach, hiring five well-known photographers to man their Instagram account.

The resulting coverage is pretty fascinating to go through right now, but it was even more fascinating to watch it unfold live, which is the point of using something like Instagram. The photographers included top tier shooters including New York Times shooter, Ben Lowy, VII shooter, Ed Kashi, Andrew Quilti, Stephen Wilkes and Michael Christopher Brown.

Yes, the photos do have the obligatory filters applied to them, but as a collection, they feel like a cohesive group of images. It’s a good reminder that truly talented photographers can use almost any outlet effectively based on the strength of their photographic sensibilities alone.

Would the photos be better had they been shot on a DSLR? Certainly, but they also wouldn’t have been available so immediately. We were literally bombarded with “guy with a cell phone camera” photos yesterday, so it was really cool to also have shooters with vision out there using the same method of delivery.

Lowy is actually well-known for his use of social photo apps, having shot an entire high-profile series of photos in Iraq using Hipstamatic in an effort to better blend in with the troops with which he was embedded.