The other side of the earth gets a glamour shot 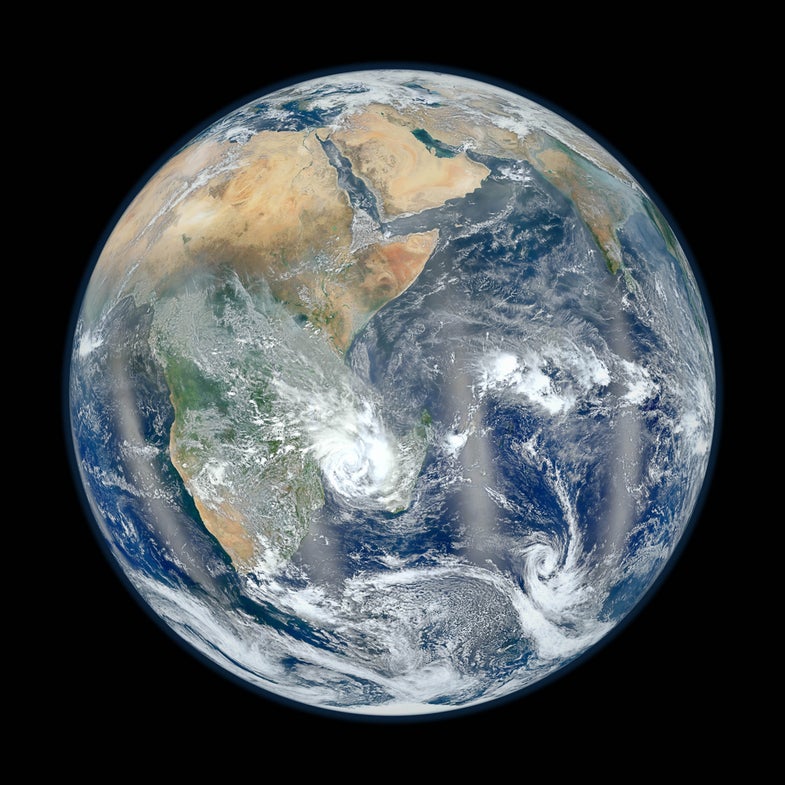 Last week we posted about NASA’s incredibly beautiful — and fairly enormous — image of the earth as seen from space. Now, because of how much interest the first photo has generated, they have released another image showing the other side of the planet.

Like the one that came before it, this is a composite of several images taken by various satellites. It simulates the view someone would have if they were to look down on the earth from a distance of 7,918 miles.

They’ve also posted a pretty cool little “How It Was Made” feature on their Flickr page as a companion piece (also pictured below). It also explains the discolored bands you see on the image.

Click the image above for a bigger version, or head over to the NASA Flickr page for the huge 11,500 x 11,500 pixel version. Don’t worry, that link just goes to the large version. From there, you can click on the enormous version if your browser is feeling up to it.