The PhotoMemo Notebook Is Made Specifically For Film Photographers

I’ve written about Shoot Film Co. before after the release of the clever memorial pin dedicated to the now-discontinued Fujifilm... 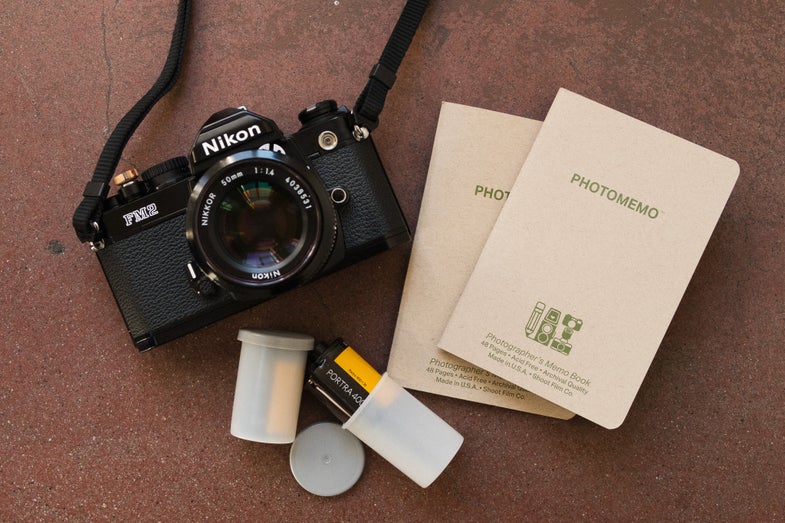 I’ve written about Shoot Film Co. before after the release of the clever memorial pin dedicated to the now-discontinued Fujifilm FP-100c instant pack film. Now, SFCo. has introduced the PhotoMemo Photographer’s Memo Book specifically designed to help film photographers record notes about each image on a roll of film.

Each two-page spread includes specific fields for crucial film photography information, like when it was loaded, what camera was used to shoot it, the lens attached to the camera, the film stock, the subject, and even processing notes. The rest of the pages is dedicated to lines for specific notes about each frame, including exposure data.

The notebooks come in packs of two for $10, which each book having enough space for 22 rolls of film. They’re built to be tough little notebooks, but they’re also meant to fit in a back pocket like a field notes notebook.

Is it the most practical way to do it? No, probably not in the age of smartphones, but if you’re going to go analog, you might as well go all the way.