A waterfall ‘spraybow,’ a frigid cityscape, and other favorite Photos of the Day

Our readers are on a roll with their recent submissions—this week's gallery is stacked. 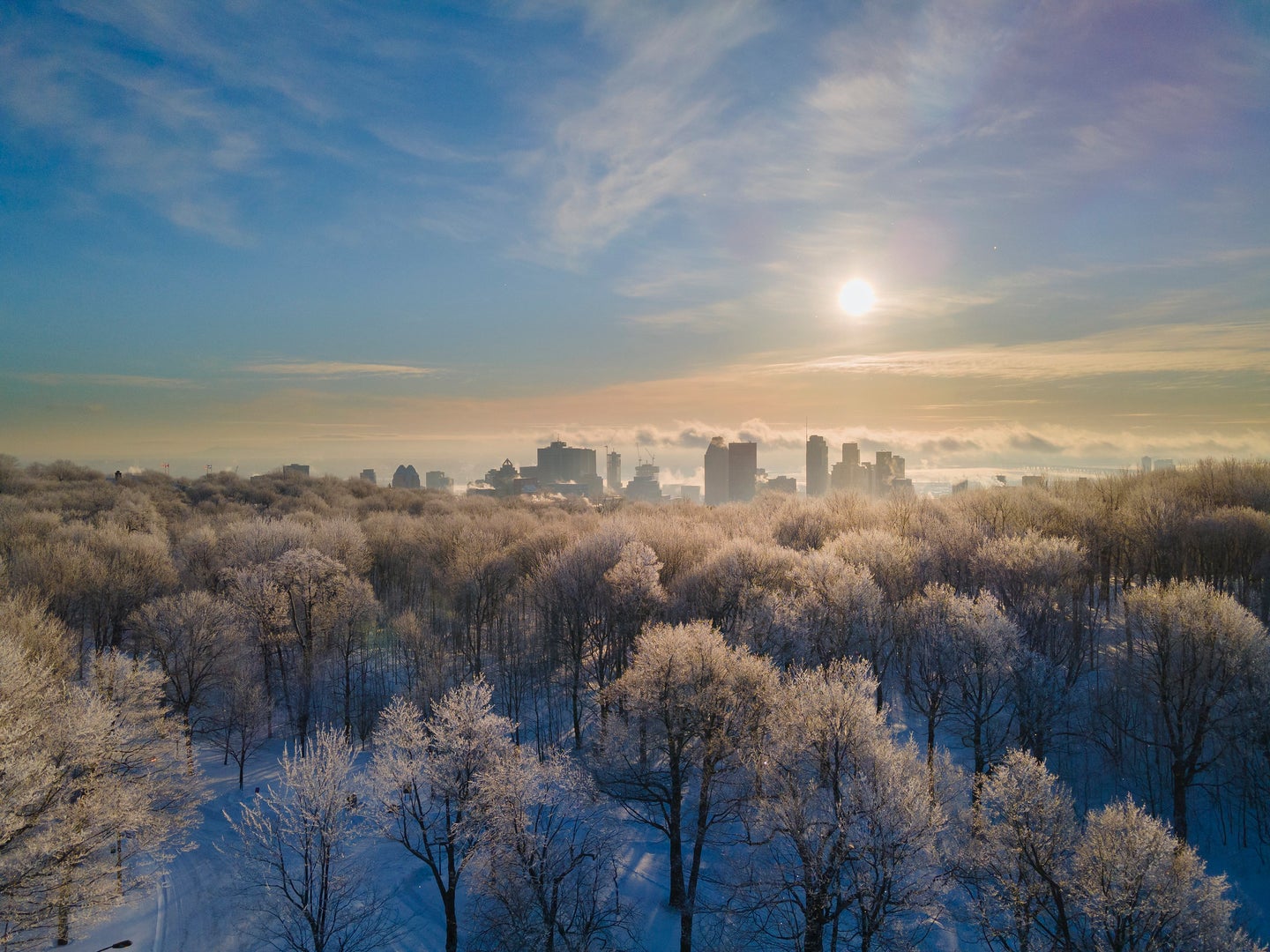 We’re back with another impressive showcase of readers’ photos. This week’s gallery is a potpourri of eye-catching shots, including a dramatic portrait of Sicilian sheep, an awesome aerial of Montreal, and lots of natural wonders.

Want to see your images featured in next week’s gallery? We accept submissions via Instagram and Twitter—use hashtag #PopPhotoOfTheDay for both—as well as via our official Flickr group. Read the rules here.

First up, we have this portrait of some seriously majestic sheep, captured by Flickr user Lillo, “somewhere in Sicily.” I really love the composition and the monochrome treatment works exceptionally well here. It almost looks as if these fluffy subjects are posing for the camera—if only I could get my family photos to look this good.

Here’s one that would’ve fit perfectly into last week’s gallery of tranquil imagery. Kevin Povenz captured this peaceful waterscape in Western Michigan and it’s beautifully composed. The open space to the right of the tree gives the image a nice sense of balance. Kevin also used a slightly slow 1/5-second shutter speed to help smooth the surface of the water. Nice work.

Next up we have this stunning monochrome beach shot, captured by Crystine J. The B&W treatment works epically well here. And by using a wide-angle lens and shooting from a low angle, Crystine was able to create a truly intriguing sense of perspective. The silhouetted person in the distance looks almost like a toy placed atop the rock.

The lighting in this shot, photographed by Greg Reed in Montao, North Carolina, is gorgeous—as is the composition. Those out-of-focus red and purple leaves frame the sun-kissed fern perfectly. And the contrasting colors really make the whole image pop.

Here’s an image you certainly don’t see every day. Jeff Berkes photographed this waterfall rainbow, aka a “spraybow,” at Yosemite National Park during the annual Fire Fall display. And wow is it cool! If you have a moment, take a look at some of Jeff’s other work, because this dude has a serious eye for cool landscape photography.

Finally, we have this super-sharp shot of a Pileated Woodpecker captured by Larry Gambon in a “swampy area of Florida.” While I don’t ordinarily care for Woodpeckers—one terrorized by bedroom wall as a child—this one is particularly beautiful. I find its red-feathered “cap” endearing. And Larry’s use of a somewhat shallow depth of field nicely isolates the subject from its background.