An epic lightning strike, a bird taking flight, and our other favorite Photos of the Day

It's time for another gallery of reader-submitted images. This week's roundup showcases images popping with color. 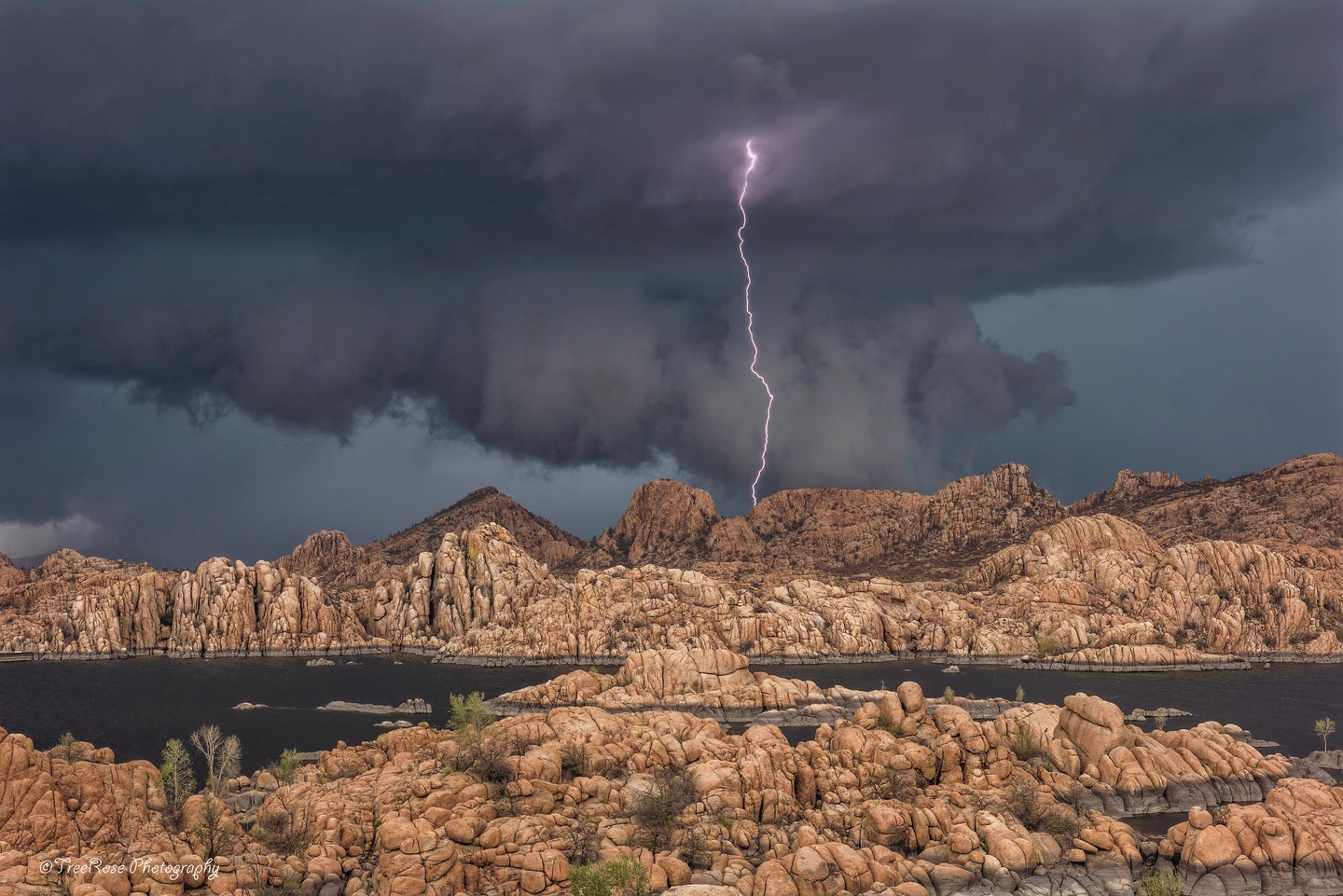 It’s Friday, which means it’s time for another roundup of awesome reader-submitted Photos of the Day.

We’re in the midst of the winter doldrums, in the Northern hemisphere at least, and so this week’s gallery is brimming with some much-needed pops of color. Scroll down to enjoy a mix of landscapes, cityscapes, portraits, wildlife, wedding photography, and more—all shot by our talented readers.

And as always, you can submit your own images for consideration for a future Photos of the Day gallery by adding them to our official Photos of the Day Flickr page. You can also enter them on Instagram by using the tag #PopPhotoOfTheDay on any images posted to your feed. Here’s a complete breakdown of our Photos of the Day process.

While this may look like a traditional wedding photograph, captured by a hired wedding photographer, it’s actually a candid image snapped by Flickr user Davemacnoodles59. The photographer spotted this tender moment between a bride and (presumably) a member of the wedding party while strolling along the Seine during a Paris vacation.

The perspective from above allowed Dave to fill the frame with wet pavement, which adds to the narrative of the image. And I love the fact that the bride appears to be deep in thought, while the gentlemen is clearly fixated on his duties, both unaware of the photographer. Did this take place just before or after she walked down the aisle? We may never know. But it’s a beautifully-framed image of a special candid moment.

Flickr user Shabdro Photo captured this breathtaking shot of a sunset over downtown Los Angeles from a helicopter. And it’s the kind of image I really want to dive into and spend time looking at. The level of detail and depth is really impressive. You can clearly spot the Hollywood sign, off in the distance beyond downtown, along with other landmarks sprinkled throughout. Of course, the lighting is equally spectacular, just look at those gorgeous purple, orange, and yellow tones. I also love the highlights on the sides of the buildings and on the river (center-right), they add an additional layer of drama to this glowing cityscape.

View from the window seat

Good photographers make the best of less-than-ideal situations. Take this shot by Steve Anvar, for example. Undeterred by a filthy window, Steve snapped this photos of the sun reflecting off the wing of a plane with his iPhone. While some may have been grossed out by the layer of grime between the camera and the scene, Steve leaned into it (literally and figuratively) and used the grease to his advantage. And the results are cool. The smudginess diffused the sunlight in a really beautiful way—it almost looks like it’s been tie-dyed. Plus, the sharp, angular design of the plane’s wing contrasts the softness of the rest of the shot nicely. I also love the highlights in the details along the wing. Overall, it’s a cool, creative take on a classic travel scene.

Capturing birds in flight (BIF) is an extremely popular pastime for a lot of photographers. And using some bird feed to capture these winged friends in your own backyard is a great way to get started with BIF photography. What I love so much about Melinda G’s photograph of a Blue Jay taking off (after snatching up a peanut) is the unusual perspective it shows. Rarely do you see BIF photos from this angle, but it’s a really interesting and unique point-of-view. We see the full wingspan of the Jay along with the fine details of its talons. I’m also a fan of the shallow depth of field used, it truly looks like the bird is disappearing off into the distance, right before our eyes.

A portrait at the dunes

We love when folks submit portraits for Photo of the Day and Jeremiah Jordan’s shot of a young woman at Great Sand Dunes National Park is an example of a well-executed one. The shallow depth of field makes her really pop out of the background. And rosiness in the subject’s face (it looks like a cold day!), plays nicely off the pink of her jacket and details in the scarf. The pose also looks natural, and the slight smile, genuine. These are all recipes for an awesome portrait.

And finally, we have Gordan Hunter‘s awesome long exposure shot of a car making its way around a hairpin turn at night, snapped in British Columbia’s Coast Mountains. According to the caption, the image was made around midnight and lit only by moonlight. Gordon chose an exposure of 30 seconds to capture the long trail of a car not only rounding the curve but continuing off into the distance (they look like they were really booking it!).

Galleries
Photo Of The Day