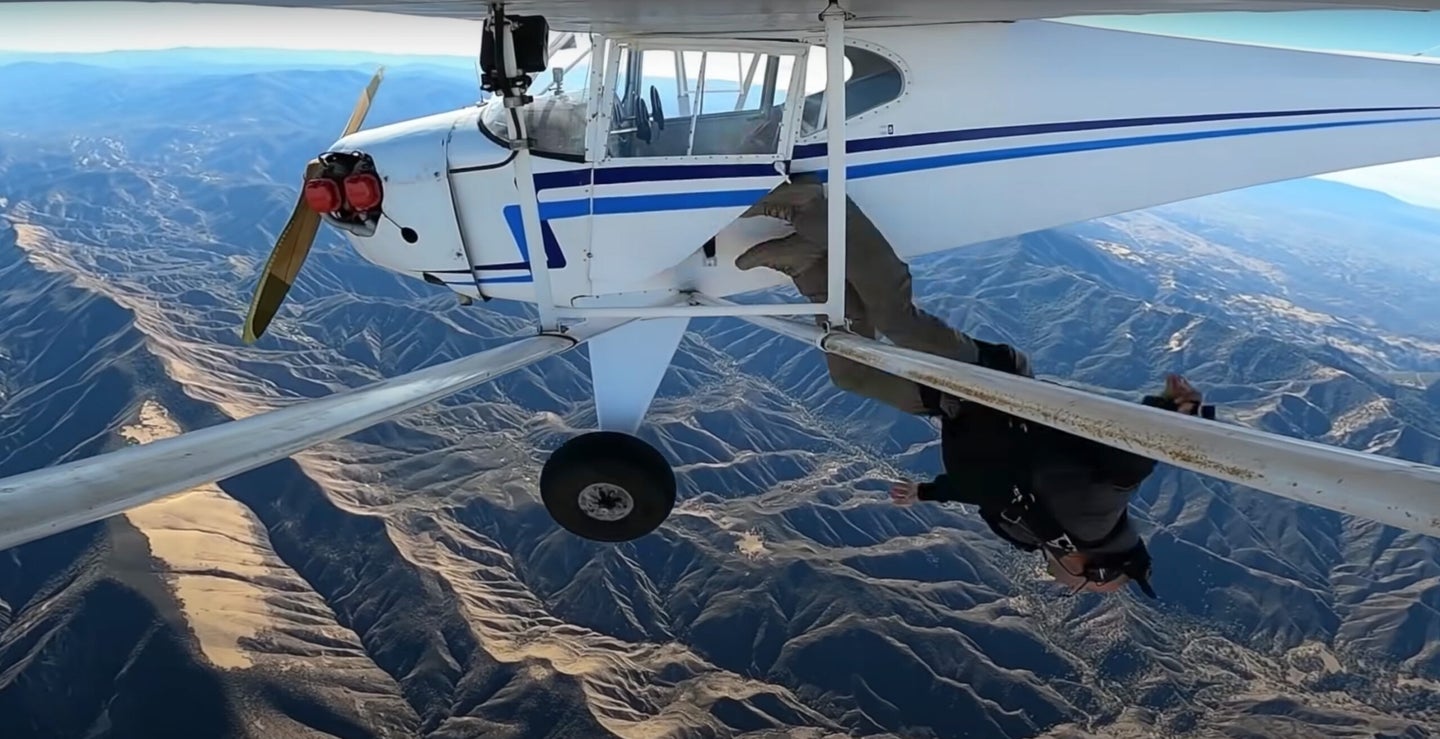 Most photographers and videographers have done silly things to get a shot, but few have ever been as seemingly reckless as Trevor Jacob who, according to his Wikipedia page, “is an American snowboard cross competitor, extreme sports athlete, YouTuber, and former aircraft pilot.” And it’s that “former” we’re here to talk about because Jacob seemingly deliberately crashed his plane in a now-viral YouTube video.

Related: A GoPro Camera Went To Space, Got Lost, Came Back With Awesome Images Of Earth

On November 24, 2021, Jacob was flying solo in Taylorcraft BL-65, a small single-engined aircraft, over the Los Padres National Forest in California when he—at least according to Jacobs—experienced engine failure and had to parachute to safety and hike back to civilization.

Then, on December 23, 2021, Jacob posted the nearly-13 minute YouTube video called “I Crashed My Plane”, complete with multiple angles of the crash and his, supposedly, life-saving parachute jump. Almost immediately, the specifics of his story were called into question.

As Plane and Pilot magazine explains in an editorial, Jacob’s crash video raised nothing but red flags from other pilots and aviation experts:

It was too perfectly choreographed. Jacob was wearing a skydiving parachute, the T’Craft’s door appears to be unlatched before the engine quits, the fuel selector looks to be shut off, according to one T-Craft owner, and the pilot’s reactions seem less than spontaneous in response to what many suspect was a faux emergency. The entire thing seemed perfectly set up to make a video.

Similarly, the New York Times points out that Jacob took none of the usual steps a pilot would take in a genuine emergency situation. He didn’t attempt to restart the engine or call air traffic control. It also flags Jacob’s parachute—“you don’t fly a little plane with a parachute”—and the fact he could have safely landed, even without an engine, as well as other incongruous details from the footage.

In short, nothing about the video sat right with people in the know. And nor, it seems, with the Federal Aviation Administration (F.A.A.).

On April 11, 2022, the FAA completed its investigation of Jacob’s crash. In a letter to Jacob, it determined that he had violated federal aviation regulations and flown in a “careless or reckless manner so as to endanger the life or property of another.” It immediately revoked his private pilot certificate, banning him from flying.

For what it’s worth, Jacob seems to be fighting the ruling. In another YouTube video, he claimed his attorney recommended that he not talk about the plane crash, “but the truth of that situation will come out with time.”

Given the evidence stacked against him, it seems unlikely he’ll be taking to the air himself any time soon.

I suppose the big takeaway here is that if you’re going to fake something for a YouTube video, at least do it well (I’m kidding, of course). Providing the government body tasked with investigating your carelessness with all the evidence they need to bust you, is almost as witless as deliberately crashing a plane in the first place.

So yeah, maybe the next time you’re considering pushing the limits of common sense or the law on a shoot, stop and think for a few minutes—and if you have a plane, don’t crash it.