Traditionally, White House photographers publish a photobook at the end of a presidential term. Unfortunately for photographer Shealah Craighead, Trump beat her to the punch. 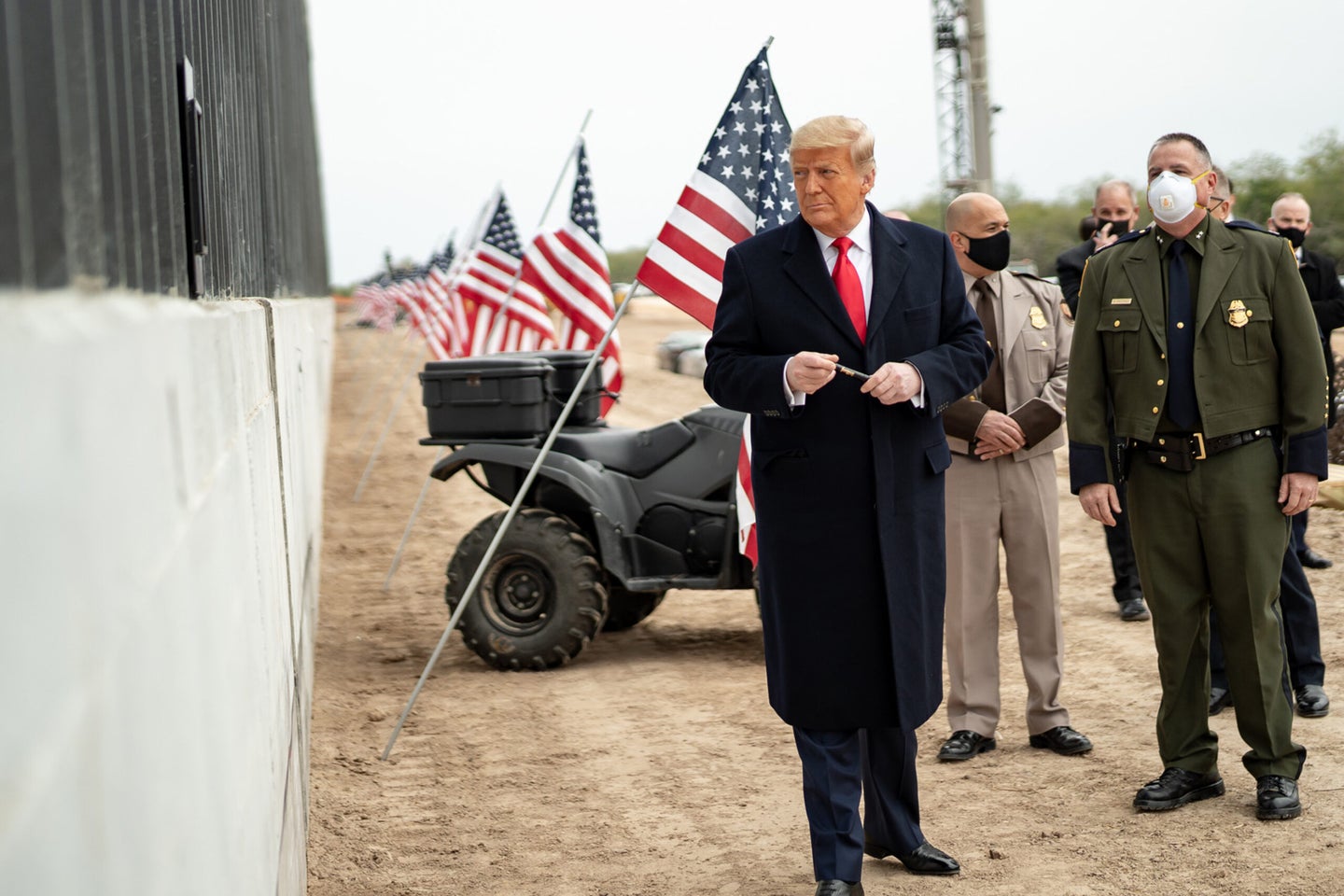 Not only did the 45th president usurp Craighead by publishing his own photobook, but the majority of the images in Our Journey Together were in fact shot by Craighead. As a result, she has now scrapped her own publishing plans.

Photographers hear the refrain time and again: protect your photos. Especially in an era when stealing media from the Internet is so easy, it’s more important than ever to protect your copyrighted work from theft. But when it comes to Craighead’s situation, Donald Trump didn’t technically do anything illegal.

Who is Shealah Craighead?

Craighead is a photographer known for her body of work with politicians. Prior to covering the Trump White House, she notably was a staff photographer for former President George W. Bush, Florida senator Marco Rubio, and Iowa senator Joni Ernst.

According to The New York Times, presidential photographers often form a relationship with the politician before he or she assumes office. In the case of Craighead and Trump, this was not the case—she was hired the night before the inauguration when the original photographer didn’t pull through.

What reportedly happened between Craighead and Trump

When Craighead first planned to publish her book about the Trump presidency, multiple outlets, including The New York Times, People, and Huff Post reported that the former president asked for a cut of her advance, said to be in the hundreds of thousands of dollars, in exchange for writing the book’s forward and promoting it.

Later, Trump’s aides asked her to hold the project, and the president went on to publish Our Journey Together, a book that gives no photo credits, even though the majority of the pages are filled with Craighead’s images. She is only mentioned in the blanket acknowledgments. The book, which retails between $75 and $230, reportedly made $20 million in sales.

“It’s a slap in the face. I would be disappointed if I were in her shoes,” Eric Draper, chief White House photographer for George W. Bush, told The New York Times.

Unfortunately, no. Because the White House photographer is funded by taxpayer money, the body of work produced is in the public domain. It is not protected by copyright.

In fact, there is a public Flickr account managed by the National Archives dedicated to the Trump presidency. Of the nearly 15,000 photos, about a third are the work of Craighead.

A break with tradition

In putting her book on hold, Craighead breaks with a tradition that goes back to the Reagan White House, in which the chief White House photographer publishes a body of work from the administration.

“It’s valuable for each chief photographer to do a book just for the historic record and put it together in a way that it tells sort of their story and contextualizes images,” says Pete Souza, who photographed Presidents Obama and Reagan.

Craighead would not comment on the situation, not wanting to discuss a former client.

“I stay as apolitical as possible, as I am a neutral historical documentarian,” she told The New York Times. “By staying neutral I am able to remain a keen observer.”