Photojournalist David Butow on documenting the intersection of culture & politics

In his new book and exhibition 'BRINK,' photojournalist David Butow documents the rise, the drama, and the upheaval of the Trump era in Washington, D.C. 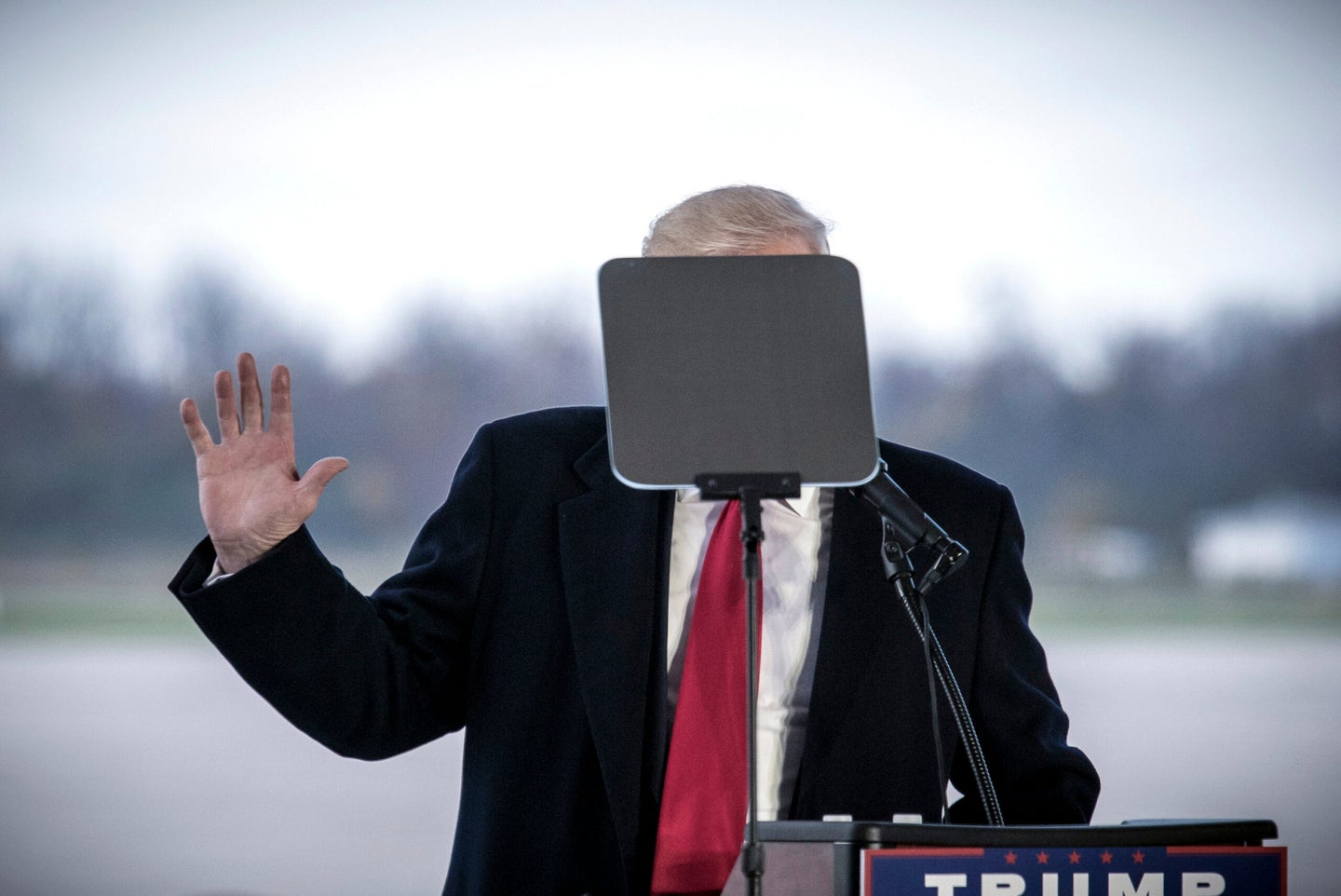 For more than three decades, California-based photojournalist David Butow has covered global conflict zones from Afghanistan to Zimbabwe, from Burma to Iraq. In 2016, he sensed that the biggest hotspot in the world was in his own nation: He relocated to Washington, D.C. to get what he calls “a front-row seat” to chronicle the presidency of Donald Trump.

“I thought that if there’s any time to work in Washington and see what that experience was like and cover politics, in my lifetime, this was certainly going to be one of the most interesting periods,” says Butow, a political-science graduate of the University of Texas at Austin.

Having covered the race between Trump and Hillary Clinton on the campaign trail, Butow joined the capital press corps to document the twists and turns of Trump’s tenure: the Mueller investigation, the Brett Kavanaugh confirmation hearings, the first Trump impeachment trial, the COVID-19 health crisis, the Black Lives Matter protests after George Floyd’s murder, and finally the January 6 pro-Trump riot at the nation’s Capitol.

With an empathetic yet unflinching eye, Butow has captured and collected vivid images of these times in a new photo book, BRINK (Punctum, $55), which accompanies exhibitions at the UC Berkeley Graduate School of Journalism (through May 1) and RIT City Art Space in Rochester, NY (through February 20).

“There is simply no equivalent to the period 2015–2021 in American politics. If you had scripted it, Hollywood executives would have thrown you out on your ear for writing something so unbelievable,” writes Mark McKinnon, political consultant, and co-star of Showtime’s The Circus, in the book’s foreword. “For those who couldn’t experience or see it up close, thankfully we had photojournalists like David Butow to take you there.”

Here Butow discusses the book and his experience of creating this body of work.

Were you on assignment when you were shooting these images?

Some of the time I was. I’ve had assignments for TIME Magazine, CNN, Politico, and a few other organizations. But a lot of times I wasn’t on assignment—I was basically working as an agency photographer [for Redux]. So I was covering the events and then funneling pictures to my agency. In both of those circumstances, I sort of had a two-track goal. One of them was to make pictures that were going to be appropriate for the client or the weekly news cycle. But then I was always looking out for things that I thought were a bit tangential but may be interesting later. That would add some context to the atmosphere of this time in Washington, D.C.

The book’s Act I scenes are in Michigan on the campaign trail. Did you feel that was a pivotal region in U.S. politics?

Yes, I thought it was. You know, the progressive agenda happens in places like New York, San Francisco, and L.A. But the upper Midwest is an area that has not fared well in the country’s economic and cultural shift toward the coasts. I thought there was something interesting there that I didn’t understand. I was curious about the appeal of Donald Trump to people [living there]. So I went to the rallies to see it firsthand. And I also went to the [Hillary] Clinton rallies, to get a sense of what those were like. And as I write in the book, “Her rallies seemed forced and his were loud and energized.” But the thing is, I believe in data, like a scientist. There are things that you can kind of feel with your gut, but when there’s data involved, I tend to trust that. So I thought Hillary would win. The polling showed that she had a very strong lead in the Electoral College. It was only after Trump won that I decided to move to Washington to follow this story.

There is a sense that, covering these events, you were basically trying to see all sides of what’s going on.

I think that’s right. I have a pretty broad view of what’s happening, and when I’m shooting I try to catch some tangential glimpses. There’s one spread in the book where it’s just pictures of people’s legs, women’s on the left, and men on the right. That was during the Brett Kavanaugh Supreme Court nomination, on the first day of his hearings in front of the Senate Judiciary Committee—before any of the Christine Blasey Ford allegations came up. So it was just something that caught my eye; it amused me. The women on one side, with their legs crossed, and men on the other. Then later these allegations came up, and this whole thing turned into a discussion about gender and power, and those pictures became a little bit more relevant.

I wanted to tell people basically what they’re looking at, when, and where, but I’ll leave the meaning a little bit open to interpretation. I’m not trying to tell somebody what to think. I’ve never been interested in that kind of photography, where there’s a strong dichotomy: This is good or this is bad. I do think that way sometimes, but as far as photography goes, I’m more interested in the nuance and the ambiguity of things. So that’s why I don’t overload people with details. It’s photography, and the pictures speak for themselves. I’m basically trying to tell the story as best as I can, what this period was like, and do it in a way that’s not Us versus Them.

For context, we have the foreword by Mark McKinnon, who I had seen on the campaign trail. I like his centrist orientation—he takes a broad view, and he’s not as hyperbolic as some people in politics. And the epilogue is by Cecilia Emma Sottilotta, a political scientist at American University in Rome. I wanted the perspective of somebody outside of the United States. She’s not an activist; she’s a scientist. She’s able to take an analytical approach to these issues.

Act III covers the trifecta of COVID-19, the George Floyd protests, and the attempt to overturn the 2020 presidential election. We’ve got that whole continuum, and particularly 2020 was such a dramatic year. That’s when a lot of this political turmoil—which had been going on in the halls of power and Congress, in the White House, and through the media and social media—suddenly, it actually became physical and visceral and spilled onto the streets. You have thousands of people out and literally pressing up to the gates of the White House. That’s when things started to feel historical, and the riot of January 6 just sealed it. So I thought, I really need to try as hard as I can to do a book on this.

You shot a huge rally after Biden won. What about the MAGA crowd? What’s next for them?

I think one of the things that we’ve learned in the last few years is no matter how much of an expert somebody might be, at some point we’re all just guessing, because these dynamics are very hard to predict. Clearly, Trump still has very strong support from a segment of people in the United States. I think that there are elements to his support that are very much like a cult of personality—where it’s him that people are really interested in. And in some respects, I think it’s going to be hard for someone else to take that place. On the other hand, there are Republicans who are savvy enough to take the ideas that made him popular and to co-opt them. Basically, most of the leadership of the party is trying to do that.

You depict Trump rallies after the election and before January 6.

This included the Proud Boys. The first thing in my book is a quotation from a David Bowie song: “When the sun goes down and the die is cast / When the die is cast and you have no choice / We will run with the dirty boys.” I recently did a radio interview where I was asked, “Who are the dirty boys?” I see them as people on the Trump side, people who facilitated his own personal agenda, and I see that as a very anti-democratic agenda, and that bothers me. So to me, it’s not just a question of Democrats versus Republicans—it’s much bigger than that.

When you showed up on January 6, did you have any idea what would happen?

No, I didn’t. I went down to the Mall ahead of Trump’s speech in the morning, and I could tell that the crowd had an edgy energy that was disconcerting. And I knew they planned to march down to the Capitol. The thing is, during the BLM protests, these were all the people who said, essentially, “Back the Blue.” Respect the police. There had been large pro-Trump rallies in the weeks preceding January 6, where there were standoffs with people on the left, and the police were always in the middle, keeping the two sides apart. And the Trump people never went after the cops at all—there was never conflict with the police. So the way that played out was completely surprising to me. But here, the cops were keeping them from doing what they wanted to do: to storm the building. These were essentially foot soldiers in an attempted coup.

During the riot, did you fear for your life?

I had concerns about my safety covering that as I always do when I’m in a violent situation. That day, the level of violence was something that I was not expecting. You know, I never heard a live gunshot all day long. And I’ve worked in places where I heard a lot of gunfire, and that’s really scary, but that didn’t seem to be a concern that day. What did seem to be a concern was two things, primarily: one was the size of the mob, and they were pressing up the steps and I thought that at some point the cops would do something that would cause the mob to flee down and retreat, quickly, and everybody was so packed onto the stairs and the scaffolding that it could be a really bad stampede situation. So I found a place where I felt like I had a little bit of protection from the metal railing. And the second concern I had was the possibility of getting attacked by Trump supporters who were suspicious of me. But it never happened.

I want to provide a visual record with a kind of a stylistic thread that will give people in the near and the far future a sense of what happened during this period in our history. I see the subject of the book as a combination of culture and politics—it’s the intersection of those two things. So I want somebody who’s looking at the book right now, in 2022, to remember this period—that they experienced bit-by-bit, through Twitter and stories on the web and on TV—to be able to step back and look at the whole arc of events. And to be reminded of the gravitas of what happened.

This is in a book form, which offers a different experience from seeing it on a screen. For people in the more distant future, I want to convey a sense of what America looked and felt like during this period, with a focus on the political events.