Built for Sony crop-sensor mirrorless cameras like the a6000, the new Tokina 11-18mm f/2.8 is competitively priced and spec'ed. 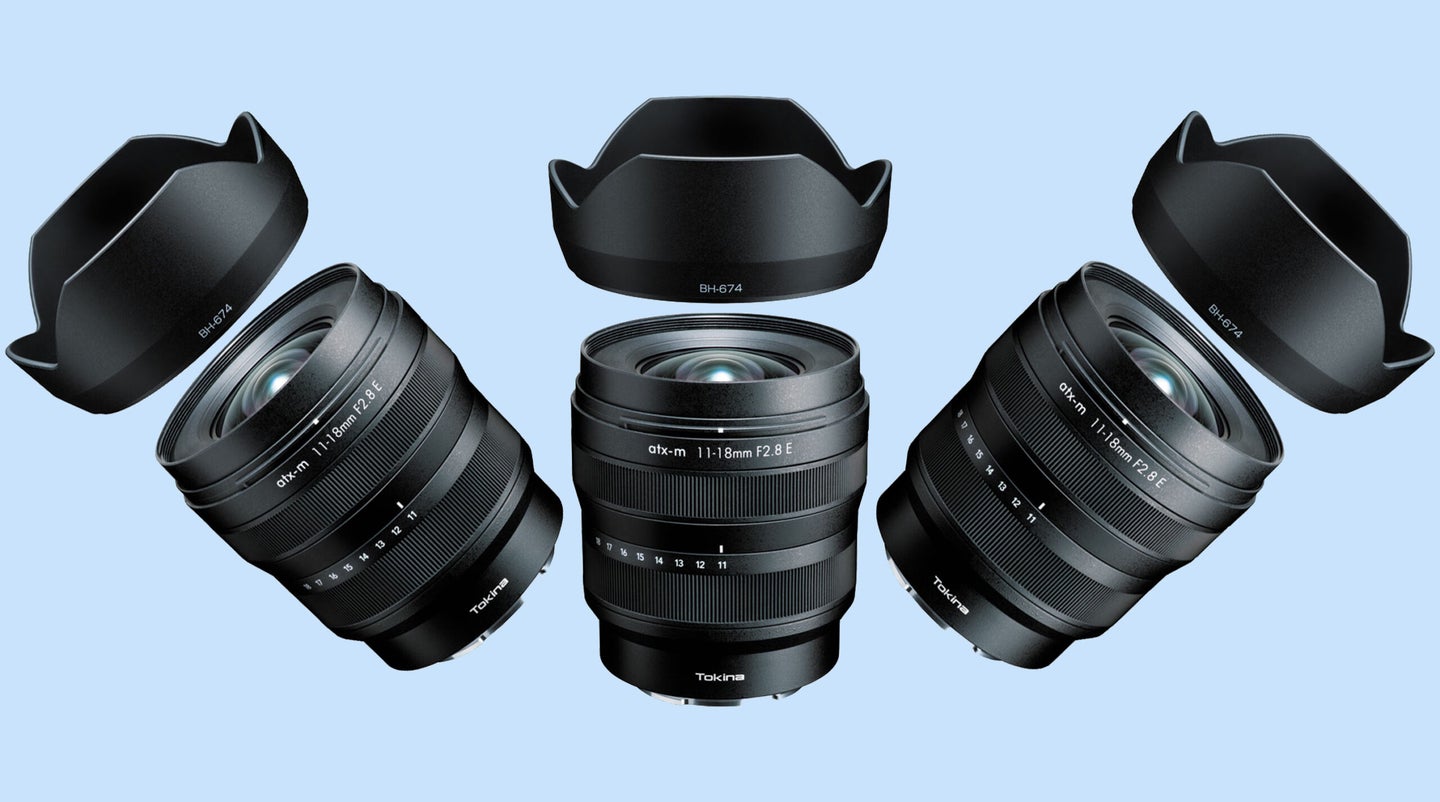 Priced at $699, the Tokina 11-18mm f/2.8 is a direct competitor to the similarly-priced Tamron 11-20mm f/2.8 zoom, which is itself a competitor to the Sony 10-18mm f/4. The latter is also priced at $699 and obviously slower than the other two, though it does offer a similar focal range in a smaller package.

On a Sony crop sensor body, like the vlogging-centric ZV-E10 or the ever-popular Sony a6000, the Tokina 11-18mm f/2.8 provides a 17-27mm equivalent field of view. This makes it a fantastic option for a range of uses, including landscapes, starscapes, architecture, interiors, street photography, and more.

Weighing just under 12 ounces, it should also work nicely as a lightweight, wide-angle solution for vlogging or general video use. Though, no word from Tokina on how it stands up to focus breathing (a phenomenon in which the lens’ field of view changes as you focus).

Optically, the Tokina 11-18mm f/2.8 has 13 elements arranged in 11 groups. This includes two aspherical and two super low-dispersion (SD) glass elements, both employed to crush chromatic aberrations and other optical uglies. An impressive 7.5-inch minimum focus distance should allow for up-close shots and use in close quarters. And the 9-bladed aperture should hopefully lead to some quality, rounded bokeh balls.

Speaking of aperture, it ranges from f/2.8 to f/22. Up front, you’ll find a 67mm filter thread. Footprint-wise, the lens is 2.9 inches in both length and width, which makes it a bit shorter than the Tamron but right around the same diameter and weight.

Autofocus is powered by a stepping motor (STM). These tend to be snappy and responsive but can also be a tad noisy; we’ll withhold opinions until we use one.

Tokina says the lens will play nice with Sony’s fantastic Eye AF feature, which is a major plus. And when used in manual focus mode, it’ll work with Sony’s bevy of focus aides. It should also communicate image stabilization info to the camera body—though it has no IS itself. Finally, the new lens offers a Micro-USB port at the base for firmware updates.

Priced at $699, the Tokina 11-18mm f/2.8 will be available later this week, though you can preorder it now. It comes with a lens hood and a two-year warranty.

No word yet on whether will see an X-mount version for Fujifilm but we’d certainly welcome one.