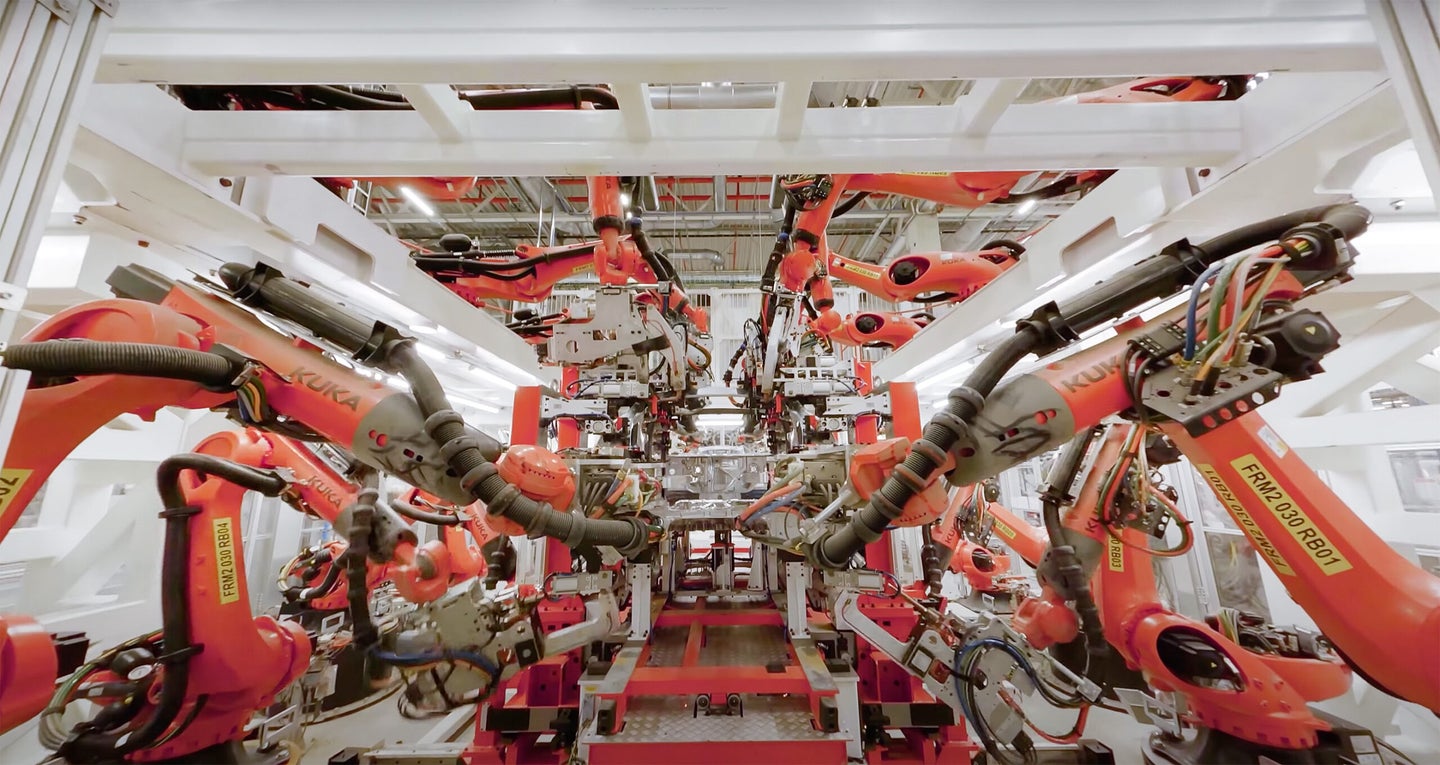 Tesla is undeniably a fascinating company. And to celebrate the brand’s latest state-of-the-art manufacturing plant in Berlin, Germany, it has released an epic drone flythrough video. Captured using a first-person view drone (FPV), the video showcases the many steps that go into manufacturing an electric vehicle. You’ll witness the forming of body panels, structural assembly, and much more.

It’s a video that will likely appeal to anyone who appreciates the art of modern manufacturing. Just look at all those robotic arms!

According to Tesla, bringing battery production in-house allows them to keep costs down and improve overall manufacturing sustainability. In addition to producing battery cells for a range of Tesla models, the facility is also one of the main manufacturing locations for the new Tesla Model Y vehicle.

Presently, the Gigafactory is still under construction, something that is revealed toward the end of the drone video. But it’s clear Tesla has it close to up-and-running. And it’s expected to be 100% operational by later this year.

Why did Tesla make the video?

The FPV video is both fancy corporate marketing material and a clever recruitment tool: Tesla is currently on an enormous hiring spree to staff this new facility. That said, marketing/recruiting material or not, it’s still undeniably fun to watch.

Unlike some other FPV we’ve seen, this one was clearly not shot in a single take. Nevertheless, the piloting skills shown here are nothing short of amazing—I truly thought the drone was going to be crushed at the 0:32 mark.

No word on the pilot behind the video, or which drone model was used. But whoever was operating “the sticks,” clearly has a lot of experience!